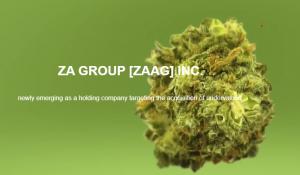 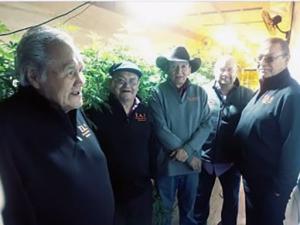 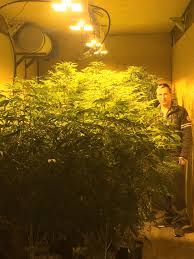 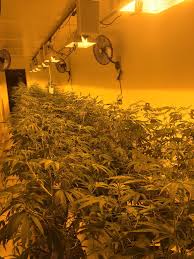 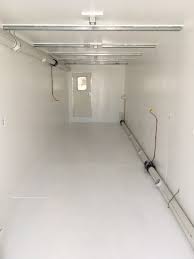 I am very excited to witness the progress being made by $ZAAG and even with my own veteran experience at raising seed financing in public companies like this.”
— John Morgan, President of ZA Group

ZAAG is currently involved, through its subsidiary, Econic Crop Solutions, Inc. in services for the rapidly developing Medical Marijuana industry in Canada. ZAAG has acquired a controlling interest of 60% in Econic Crop Solutions which builds and supplies indoor farming modules to grow and extract plant products for domestic and export markets. These systems include the portable structures that house the production grow pods, the grow pod equipment itself, and finally the product extraction facilities. ZAAG also supplies and operates the on-site dispensaries which package and sell the end products through on-site sales as well as to export customers.

Under ZAAG management, Econic operates a 15,000 square foot manufacturing facility in Red Deer, Alberta which serves as the company’s manufacturing, assembly, and distribution center for the equipment and resources that it supplies for the above ventures. This facility also provides retail purchase and shipping services for grow equipment, lighting systems for the wider indoor farming community, seed hybrid sales, nutrient systems as well as agronomic consulting services.

Econic has joint venture agreements in place to provide these services to three First Nations communities in western Canada and similar business discussions are actively underway for several more with many to follow soon.

On February 23rd ZAAG announced that its subsidiaries, Foundation Farms and Econic have verbally agreed to collaborate in the manufacturing and deployment of their respective indoor farming technologies.

Econic, owner of a 15,000 square foot manufacturing facility builds, owns and operates containerized grow pods for the production of medical products. Foundation Farms business is to build, own, and operate indoor vertical farms for the production of leafy greens and associated food products. The collaborative arrangement will provide opportunities for mutual capital cost savings in both equipment procurement and assembly labor. Key components of the respective technologies such as LED lighting systems, pumps and controls and tanks are common to both companies. Secondly, both companies intend to share their respective market opportunities.

The first two steps in this working arrangement have already been taken. Foundation Farms is leasing a portion of the Econic facility to house the company’s first vertical farm in Red Deer, Alberta. Secondly, Econic announced last week that one of its First Nations customers for future cannabis grow pods has signed a Letter of Agreement to lease a leafy greens vertical farm. As part of that announcement, Econic reported that it is forwarding this business opportunity to Foundation Farms.

The Saddle Lake Band Council has initiated this project for two major reasons. Firstly, the Saddle Lake Business Group has been invited to partner with Sysco Edmonton by providing various fresh food products including leafy greens to that multinational company for sale to its corporate customers in the region. Secondly, the Saddle Lake community is on a mission to demonstrate national leadership in reversing a chronic food security problem in First Nations communities. Statistics Canada recently reported that 50.8% of residents of First Nations communities experience food insecurity which has been defined as not being able to access food to meet dietary needs and food preferences.

On February 10th ZAAG subsidiary Econic announce that it has commenced the manufacturing and assembly of its next 10 medical cannabis grow pods. Once completed, these pods will be strategically placed within the first three First Nations communities where ZAAG previously reported grow operations are already underway. Plant manager, Brian Cruickshank, reported these 10 pods are being completed sequentially with the first ones ready for deployment in early March with all 10 ready by the end of March. He further stated that the manufacturing plant is able to produce these pods at a rate of 10 per month on an ongoing basis.

Harvesting has been underway since late January on the three pilot demonstration pods for three separate First Nations communities. The results appear to be on target with anticipated revenues of $100,000 per pod within a three month growing season. The deployment of the 10 newly assembled pods starting in early March and continuing onward illustrates exponential growth potential even within the first year of the company’s operations. At the same time, the orderly and incremental rollout of ZAAG grow pod facilities allows the company to fine tune the grow facilities as it expands.

On February 4th ZAAG subsidiary Econic announced the successful completion of a third pilot business venture located at the Gitsigukla First Nation in British Columbia, Canada. The Gitsigukla community is strategically located in the northern part of the province where it is surrounded by communities that use traditional medicines. The community has been and continues to be recognized for its business and cultural leadership in the past.

ZAAG takes particular pride in having funded this third $100,000 project and the company looks forward to launching directly into the expansion program with Gitsigukla. Firstly, revenue projections are right on target and the community has already put the necessary infrastructure in place to expand to a 100 pod commercial indoor grow facility for medical cannabis products. Secondly, this expansion project has received unanimous support from band council and the whole community participated in the selection of a name and logo for the new facilities. The name—Gandi-mox means “to heal oneself”. Thirdly, because of the large regional market for the traditional medicines from cannabis, Gitsigukla is also committed to establishing an on-location dispensary.

As further demonstration of the regional support for the business venture, Gitsigukla is having discussions to become a training center for cannabis and hemp production and processing.