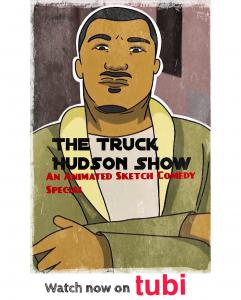 NY, NY, US, March 28, 2021 /EINPresswire.com/ — After not getting an HBO or Netflix comedy special, Truck Hudson produces his own. A comedy-variety special, by way of maxed-out credit cards. The animated audience is filled with invited celebrities that didn’t show, but their voices did!

Check out “The Truck Hudson Show, An Animated Sketch Comedy Special” on Tubi

The film is written, directed , and produced by Truck Hudson.