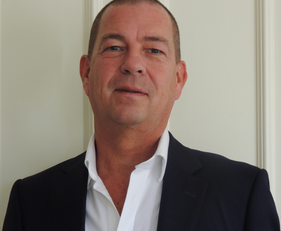 WGP Global, specialists in all aspects of business, law and finance, have hired industry veteran, Tony Jarmyn, as their Special Advisor – Capital Markets.

We are delighted to welcome Tony to WGP. His experience in assessing risk, developing solutions and implementing positive changes to achieve sustainability and growth will be of great value to us.”
— David Orchard, Co-Founder, WGP Global

Jarmyn’s 40 years of experience in the financial markets saw him start his career as a ‘Blue Button’ and Authorised Clerk, training at the London Stock Exchange, before becoming the youngest ever Equity Trader in 1985

Strategic planning, market analysis, product development and regulatory compliance as well as management, hiring, training, and evaluating the professional growth of employees are amongst his many skill sets.

“When David and Christopher Orchard approached me to join WGP Global, it didn’t take me long to say yes,” Jarmyn noted. “The company is known for being progressive and their way of working aligns perfectly with my own. It is a pleasure to bring my wealth of experience of the financial markets to the table, and to be part of a team of genuine corporate quality.”

President and co-founder of WGP Global, David Orchard, said: “We are delighted to welcome Tony to WGP. His experience in assessing risk, developing solutions and implementing positive changes to achieve sustainability and growth in challenging market conditions will be of great value to us and our clients. WGP continues to go from strength to strength with him on board.”

WGP Global was conceived in 2009 to combine the founders’ expertise, experience and networks to create what has grown into the WGP Global of today; a multi-generational practice built on traditional values and integrity, complemented by a progressive, modern approach to doing business in a borderless world.

The company is represented by a team of Legal, Compliance and Regulatory experts, captains of industry, diplomats, academics and thought-leaders in geopolitics & international affairs across many industries and specialisms.

For more information, or to get in touch, please visit WGP Global’s official website – wgp.global