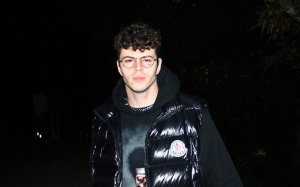 TORONTO, CANADA, April 3, 2021 /EINPresswire.com/ — Mason Versluis is an eminent cryptocurrency investor, digital creator, entrepreneur, and philosophical philanthropist. He recently announced that the bulk of his crypto analysis will now be announced via social media, given his record breaking following in this niche.

Mason Verluis, also known as “Crypto Mason” is most well known for his unrivalled analysis in relation to the future of the Cryptocurrency Market, as well as for his unique perspective on the subject of a robust Mental Health in an entrepreneurial setting. With a proliferated social media presence in his arsenal, Mason Versluis has recently allowed himself to effectively create a passionate community around the world that is both: a) personally interested in engaging with the significant complexities of the cryptocurrency industry, and b) aware of the importance of maintaining a robust mental health in a critically tense and stressful professional period of their lives.

The Cryptocurrency Market has seen a prolific amount of growth in the last couple of months- with eminent cryptocurrencies such as Bitcoin and Ethereum experiencing significant market price spikes. This is rather unsurprising according to Versluis, especially when considering both: the overt nature of the major boost in institutional investment that the market has witnessed, and the proliferated utilization of cryptocurrencies by eminent payment platforms and globally recognised retailers around the world.

Moreover, Mason Versluis has given his analytical take on the COVID-19 pandemic’s effect on the Cryptocurrency industry. This was in line with a plethora of eminent market analysts, who have repeatedly stated that the unprecedented chaos and consequent expectations of a repeated government monetary stimulus are likely to have inadvertently acted as a ‘safe-haven’ for the industry, and consequently heavily contributed towards the aforementioned spike in demand.

‘When accounting for the long-term nature in which Bitcoin’s prolific amount of large institutional investors tend to purchase their cryptocurrency- as well as the consequent diminished global supply, the cryptocurrency’s exponential price spike is rather unsurprising’, said Mason Versluis. Tesla- who bought over $ USD 1.5 billion worth of Bitcoin in January of 2021, may be the most noticeable. Their recent policy allowing customers to purchase their luxurious electric cars with Bitcoin- as well as the undeniable absence of any company plans to dispose of their Bitcoin any time soon (or convert it to a conventional fiat currency), has undeniably significantly contributed towards the market’s current ‘frenzy’.

A plethora of leading market analysts have additionally highlighted the nature of Bitcoin’s finite supply- with a maximum of 21 million ever being available on the market, as a primary reason for the prominent cryptocurrency’s aforementioned spike in popularity. Its limited and pre-settled supply means Bitcoin (and other similar cryptocurrencies) are not subject to any government-induced market alterations- such as quantitative easing, stimulus packages, or inflationary spikes, and consequently have inadvertently provided a relative ‘’safety net’’ in the disorganised and chaotic post-pandemic economy of 2021.

Mason Versluis has been categorized as an unparalleled combination of crypto analyst BitBoy Crypto and eminent philosophical spiritualist Maren Altman- providing a spiritual perspective in relation to the cryptocurrency market, whilst ensuring his client’s acquire a robust understanding of the finances of the field. ‘’I believe cryptocurrency and spirituality go hand-in-hand’’- Mason Versluis.

About Mason Versluis: Mason Versluis (also known as Crypto Mason) strives to consistently grow his prolific, global community which at the moment has surpassed over 100,000 people. He is currently serving as a financial guide to a prolific number of spiritual individuals around the world who are actively looking to secure a financially steady future for themselves and their loved ones. By taking an unprecedented step and intellectually combining the dynamic yet intersectional worlds of mental health, spirituality and cryptocurrency, Mason Versluis enables individuals to pursue a holistically balanced lifestyle that encourages spiritual freedom, financial security, and positivity.