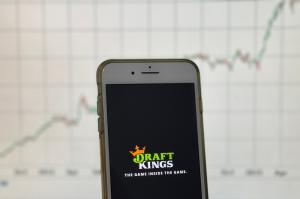 Companies like DraftKings and Virgin Galactic have found major success leveraging SPACs as an alternative to IPOs. 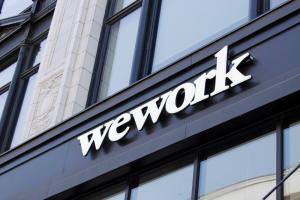 WeWork garnered enormous founds but fell apart shortly after, proving that perhas the analysis, scrutiny, and underwriting of an IPO is necessary compared to an SPAC.

Since 2019 SPACs have become more popular than IPOs as a way for a company to go public. Here is why…

NEW YORK CITY, NEW YORK, UNITED STATES, April 1, 2021 /EINPresswire.com/ — Traditionally, when a company wants to go public it undergoes an IPO (initial public offering). An IPO is a capital raising event, where new shares of a company are offered to the public in exchange for cash. Usually, a company’s IPO exchanges company control for funds, as those buying the new public shares are given voting rights in said company. However, as of the late (exponentially increasing in popularity since 2019) SPACs have mainstream ways for companies to go public while avoiding regulatory loopholes and retail investors. SPACs have officially surpassed IPOs (in terms of tracked IPO and SPAC market listings) as the go to way for a company to go public.

So what exactly is an SPAC? An SPAC is when investors list their company on a stock exchange, gather funds from investors, and try to acquire a target company. This allows companies to bypass the regulations, costs, and shareholder portion of an IPO while still becoming public. It also means that once the target company is acquired and goes public, its shares can be bought and sold at much higher prices than an IPO would generate immediately.

An example of such a process can be illustrated with the following hypothetical. LEGO is an enormous and successful company, but they are privately owned. An IPO would let the Danish toy producer become public and acquire outside funds at the cost of shareholder control, financial transparency, and the entire IPO process (cost, regulations, time durations, etc). LEGO becomes public 1-2 years after the start of their IPO process and is publicly traded. After market valuation, a LEGO share is considered to be worth $100 USD per share, meaning LEGO would have to sell many shares to generate large external funds.

An SPAC for LEGO would occur as such. A notable investor, say Bill Ackman, starts an SPAC looking to buy a company. Other investors know and trust Ackman’s financial knowledge and acumen and decide to give him two billion USD worth of funds in order to acquire a company (note if an SPAC fails to acquire a company within two years, funds are returned to investors). Ackman takes that two billion, comes to an agreement with the LEGO group and purchases the company. LEGO, then becomes a publicly traded company because it falls under the ownership of Ackman’s SPAC company. Essentially, the entire IPO process including it’s costs and regulations is bypassed, as well as losing company control to shareholders. The SPAC now has either majority or minority control of the company, but this has to be agreed upon before a deal is made. LEGO’s eventual share price can be listed much higher once it’s public due to the presence of the notable investment team (Ackman) and because it is in much better shape financially due to the influx of investor funds. It would cost more to buy a share of LEGO because it has a much better outlook given the circumstances.

SPACs are becoming largely favored by companies which are already performing quite well but still desire to go public. For example, Virgin Galactic and DraftKings are two successful examples of SPACs working well for investors and the acquired company. But there have been failures, such as the fall of WeWork after it’s own SPAC process. SPACs are a way for successful companies to avoid current market volatility as well. Because an SPAC process is so much quicker than an IPO, companies can utilize SPACs to go public when markets are bullish and strong. IPOs typically take a long time to launch, usually 1-2 years, leaving the companies and their share prices vulnerable to the market volatility and shape at that time. It’s why companies want to go public as soon as possible when the market looks good, and not in two years’ time when they are unsure of what the market may look like.

For retail investors, SPACs are not a great thing as they prevent shares being bought for smaller sums at the onset of a company’s public launch. Rather than being able to buy LEGO shares at their $100 IPO price and see them grow over time, retail investors have to pay a much higher cost when LEGO goes public with a SPAC backed with credible investors and a healthy market environment.

Financial experts and critics think that with the meteoric rise of SPACs, regulations and legal repercussions are likely to follow. In addition, it’s purely speculative investing based on the teams leading the SPAC. Investors buying into an SPAC sometimes don’t even know the target company, and hedge their bets on the track records of parties involved. Time will tell if SPACs will remain popular, or if crackdowns on them will force companies to utilize IPOs again.

Written by Nicolas Minardi of Mrkt360.