Your home for buying and selling in the market data revolution. 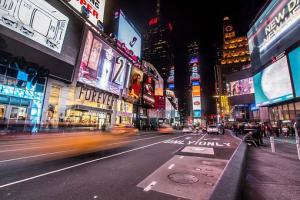 NEW YORK CITY, NEW YORK, USA, April 6, 2021 /EINPresswire.com/ — The history of how artists and creators have generated earning from their endeavours is a complicated and often perplexing one. Creator, ownership and sponsorship make for a complex and required web. Music in particular is a great example of how an industry is presently consumed with the great balancing act of mass distribution and marketing versus protecting IP and trying to maximize revenue.

The industry term “mechanical royalties” is common in the music business and refers to a royalty paid to a songwriter whenever a copy of one of their songs is used in the public domain. Its origins date back to when machine-printed music first began appearing, around 1470, and effectively set in motion the beginnings of a music industry. Composers could create pieces intended for amateur musicians to reproduce, and a popular composer’s fame could spread much faster and in a more tangible way than ever before among the masses.

In more recent times these creative souls: musicians, actors and even painters, as brilliant and special as they are essentially depending on an intermediate to amplify their creative output and turn it into dollars. Film studios, art galleries and of course record labels have offered the business smarts, tech and the essential mass distribution. Today some are sounding the death knell of these intermediates, citing artist independence and technology as a liberator but is it really that simple?

Steadfastly, the relationships between the artists and the business infrastructure machines have not always been acrimonious. But the infamous spat between Prince and Warner Brothers in the 90’s saw massive fallout, and the artist actually changed his name to Love Symbol Glyph because those weren’t the names on his $100M contract. In this decade, change led by online music streaming has reconfigured the entire music industry paradigm and how artists are heard.

Comparatively, we’ve seen a far less acrimonious relationships in the market data world where content owners and the large vendor distributors have been polite bedfellows. Pre-internet, the large vendors had invested heavily in the network infrastructure and data centers to publish price data with contributions by the trading community. Then the trading community could get on with its primary business of making money from trading. The vendors would sell and provide the aggregate market data. Simple, everyone happy, carry on.

So brilliantly straight-forward, looking back in time it was highly unlikely one single trading entity could provide a global network or garner enough trust from its trading peer group to undertake the role of independent data vendor. The vendors, on the other hand were not trading counterparties, unlikely to be seen or present on a Buy/Sell trading ticket. The two worlds would be highly unlikely to collide or even overlap. Or so we thought.

MarketDesk is leading revolutionary change in the market data world. Let us show you how.

THE DIGITAL ERA – ALL SIGNS POINT TO CHANGE

Digital transformation that cool term we associate with its near cousin “disruption” now is entering the frame. We can forgive some businesses for just not being quick enough to sidestep unrelenting digital change.

It is estimated that worldwide revenues for recorded music fell by almost 50% between 1999 and 2009. If “video did kill the radio star,” the internet and illegal sharing of music would bring about the change of face and completely overturn the music industry parameters between the co-dependents forever.
Necessity being the mother of invention; it’s clear that a massive drop in global revenues would affect both the artist and the record business as a whole. Today we see a growing surplus of streaming and downloadable digital music services offering music content, some mainstream, some emerging. Artists no longer are tied to a recording studio or label, but can ply their trade as they see fit, publishing and marketing independently on-line. Mechanical Royalties as a first principle set the ground rules and are set to engulf additional industries.

The disruption we have witnessed in the music and film business and the effects of the digital age have been far less volatile in the financial information markets. This is mainly attributed to the advent of dealing room technology in the 70’s to where we are at present. That said, blurred lines between vendors acting like market makers and trading venues and trading liquidity providers are realizing new revenues in the data and less in the underlining trade. Expect the constant reminder of a balance of change to emerge with new technology coming forward on new platforms. Like the music business, what will keep the information business model in check is likely to be IP and rights management and its mechanical royalties.

MarketDesk is a partner provider of market data technology to assist content owners in data sales. For content consumers, direct access to the content provider for better commercial and licensing is our mission statement. For more, please see: https://www.marketdesk.com