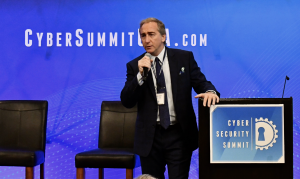 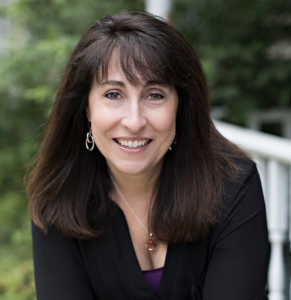 The biggest challenge we face is securing Sr. Level Female Cyber Executives to speak at our events. Our goal is to encourage, support & foster more women advancing into Leadership roles.”
— Bradford Rand

NEW YORK, NY, USA, March 30, 2021 /EINPresswire.com/ — It is a well-known issue that the cyber security industry has been and continues to be a male-dominated industry. To help combat this, the Official Cyber Security Summit / www.CyberSecuritySummit.com is proud to announce that in just a few weeks they are kicking off a virtual series of Women in Cyber Security Leadership panel discussions across the U.S.

These virtual panels will feature Female C-Suite Executives and Male Executive Allies from renowned companies discussing the latest cyber threats all while addressing the challenges women face in advancing in their careers and how to make more Senior Leadership roles accessible to women. Perhaps the most exciting aspect is an intimate session of Live Question & Answer at the close of the panel between the panelists and the audience. To foster meaningful conversation, attendance is invitation-only for a select group of regional executives and will be shared publicly afterwards.

Kristin Judge, CEO & President of Cybercrime Support Network, is an active participating speaker at many of the Cyber Security Summit events and will be moderating some of these female leadership panels. In response to the announcement of the launch of these female leadership panels, Judge said “As a national speaker, I understand the value of attending the Official Cyber Security Summit events. As a ‘People’s Choice Ally of the Year Award’ finalist and female CEO, I also understand the need to support women leaders in cybersecurity. Bradford Rand is an advocate who is taking action to bring together top cyber talent and change the look of the industry.”

In addition to securing power-house cyber executives as thought leaders for these women leadership panels, the Official Cyber Security Summit has also confirmed notable experts from various U.S. Government Agencies to speak at the 2021 Official Cyber Security Summit virtual series. Adam Hickey, Deputy Assistant Attorney General for the U.S. Department of Justice, will lead the opening Security Government Keynote at various regional summits including Denver, Seattle/Portland, DC Metro, Chicago, Los Angeles, Boston, and Houston/San Antonio. This is in addition to Quinn Carman, Director of Operations for the NSA Red Team, who leads a Security Keynote Exclusively for the Official Cyber Security Summit at all of their events this year. The future summits also feature subject matter experts from The FBI, The Department of Homeland Security / CISA, Cybercrime Support Network, Center for Internet Security and more.

To date, the Official Cyber Security Summit has produced two of its twenty-one scheduled conferences for the year: Atlanta held on Feb. 11 and Tampa which was on March 18. Both saw record-breaking registration attendance numbers, each with closing registration of over 2,000 regional industry executives and an impressive 1,200+ executives participating live on-line. The next set of Official Cyber Security Summit conferences will be San Diego on April 7, Denver on April 1, and Nashville on May 6th. The summit’s producers are confident of their future success as they continue to work with innovative sponsors such as Darktrace, Verizon, IBM Security, ExtraHop, and partner with leading industry associations such as ISACA, InfraGard, ISSA, (ISC)2, SIM, CSA, AITP, and more. Bradford Rand and his Cyber Security Summit team looks forward to continuing the education of Senior Cyber Executives & Business Leaders across the nation about the latest threats and best practices. Each conference also features over 30 cyber companies, each of whom showcase their best in class, cutting-edge solutions and are able to interact via live chat and video with all of the attending delegates.

In addition to the Cyber Summit series of conferences, Bradford Rand’s team also produces TECHEXPO Top Secret / www.TechExpoUSA.com the defense & intelligence industry’s leading career fairs for transitioning veterans, and professionals with an active security-clearance. It is estimated that Bradford and his company have helped to secure new jobs for over one million people since 1993. The next hiring event is set for April 14, 2021 and features top companies such as Amazon Web Services, AT&T Government Solutions, Deloitte, Leidos, Lockheed Martin, SAIC and others all looking to hire cleared systems engineers & analysts, developers, project managers, database administrators, cyber professionals and more.

Until further notice, all events will remain virtual for the remainder of 2022, which seem to be a most time & cost effective way to conduct business during these uncertain times.