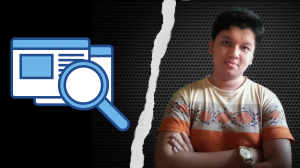 DHAKA, BANGLADESH, March 29, 2021 /EINPresswire.com/ — TechneSiyam tech blog uncovers the fake wikiHow website which was claiming to be the Official Bengali Version of wikihow.com This website was available on wikihow.com.bd which is Bangladesh’s country-level domain. The first news about this website was published on TechneSiyam later the news was transferred to wikiHow to make a move against it.

TechneSiyam is a tech blog for the latest tech news and updates. It also publishes e-awareness articles. This phony site’s news was first published on Bengali TechneSiyam to make people aware of it. This article was written by MD Abu Siyam who is also the CEO of TechneSiyam.

The article also includes proper and legitimate research about the fake website. The author has differentiated the fake website from the real one by its structural differences. He has additionally added why the site isn’t secure and visitors should avoid it.

This isn’t the first time in Bangladesh. Before this story, Facebook’s domain facebook.com.bd was also taken by a Bangladeshi citizen. Later Facebook took legal action against him to get their domain back. In spite of the fact that the fake wikiHow’s domain is as yet available, the website has moved to an alternate topic and it doesn’t pretend itself as a wikiHow website.

TechneSiyam came to know about the fake wikiHow through a post on Facebook. The post was asserting that this site is the primary Bengali adaptation of wikiHow. This isn’t accurate in light of the fact that wikiHow is just accessible in 19 dialects. The post also included that users will be able to earn money by contributing to the site. This is also a fake promotion as the official wikiHow doesn’t support any monetization feature.

Along these lines, being dubious, TechneSiyam contacts wikiHow’s true group and affirms that this is a 100% fake site.

“I contacted wikiHow & they confirmed that this is a fake website,” MD Abu Siyam said at TechneSiyam. “Later they also contacted us to take action against this website.”

These sorts of fake websites are not safe for anybody. Users who sign up on the fake site can lose their private information which can be used in a bad way.

“Foreign investors can lose their interest because of bad online activities. Bangladesh’s authority should take action against these.”

wikiHow is a reliable platform to learn staff online but users need to be aware of fake sites. You need to reconfirm the website and its content before trusting it.