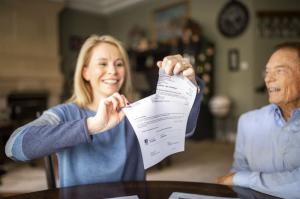 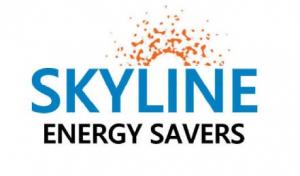 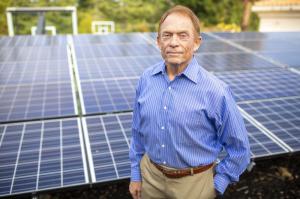 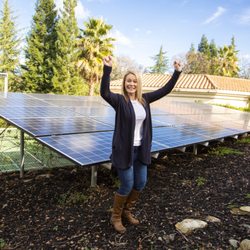 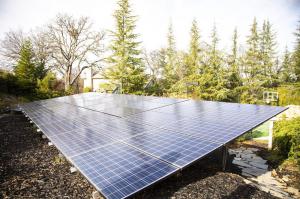 Skyline Solar, and the professional staff at SkylineSavers.com, has truly perfected what a family-owned Top Energy Business from California should be: Reliable, Affordable and Personable.”
— Scott B.

CITRUS HEIGHTS, CA, UNITED STATES, April 5, 2021 /EINPresswire.com/ — Skyline Energy Savers is proud to announce the completion of their new, 2021, state-of-the-art, Solar Solutions Product Line. Skyline offers: (a) Windows, (b) HVAC and (c) Solar Energy, all on location, in Sacramento with speed and accuracy.

Skyline Energy Savers’ goal is to help home owners improve the comfort and beauty of their homes and, at the same time, save on their energy bills. Skyline Solar believes in doing everything they can to lower our utility costs and help our country become more oil independent.

Skyline Energy Savers started back in the days when a new replacement, double pane window was created. This was an exciting, new design of a window that could fit into the existing window frame like a drawer fits into the dresser. Until then, windows could only be changed by tearing out the existing frame, ruining the vapor barrier, and installing the new window on the original wooden studs. It was a mess! Double pane windows were relatively new and home owners saw the benefit in replacing their old single pane windows. Skyline Solar was happy to be part of this new energy revolution!

As time went by, Skyline Energy Savers saw that home owners had other energy related needs. Great innovations were made in heating and air conditioning units. Someone with a system 15 years old or more, could benefit greatly by replacing their old unit with the new 13, 15 and then 16 SEER air conditioners, as well as 80% to 95% efficient furnaces. It was gratifying to hear that Skyline customers were saving so much on their utility bills, and at the same time enjoying the comfort of their efficiently air conditioned homes.

But Skyline Energy Savers did not stop there. Skyline wanted to help their customers take advantage of having a new roof, improved insulation, tank-less water heaters and whole house fans. All of these home improvements directly help Skyline customers as well as improve the environment.

Then along came SOLAR … one of the most exciting home improvements ever! We can actually create, with the help of the sun, our own electricity. Every home, where sun can shine on the roof, should have solar photovoltaic panels to capture this free power. Solar was quite expensive for the average home owner until just the last few years. Silicon farms are now prevalent all over the world and the cost of solar panels is half the price it used to be. Government tax credits and utility company rebates have also helped to make solar more than affordable.

“Our world is changing with amazing inventions in home improvements. Skyline Solar loves being part of this ever-changing cycle. Skyline enjoys being in a business where they can help people save energy and at the same time enjoy more comfort and security. Skyline Solar is happy to play a small part in improving this beautiful world we live, and located in El Dorado Hills we are here to help. Give us a call any time.” -Mort and Catrina Martin

The US is currently home to well over two million solar power systems, and these numbers only continue to grow. As more people become aware of solar power and switch over to this clean, renewable energy source, we can steadily move away from more harmful forms of energy. The US is projected to gain over four million solar energy systems by 2023, a mere three years from now.

California Is the Leader in Solar Power. Many states in the USA have started using solar power. As of 2017, California produces the highest amount of solar energy in the US; they currently have enough solar energy to power over 3 million homes. With solar power growing in popularity, many other states are engaging with solar energy.

Global solar photovoltaic capacity has grown from around five gigawatts in 2005 to approximately 509.3 gigawatts in 2018. The value of the solar power market is expected to continue growing quickly. Solar energy technologies remain one of the most heavily funded renewable resource.

Solar Panels Don’t Need Direct Sunlight to Produce Power. Solar panels do not have to get the sun directly in order to gather energy. Instead, they can collect energy from different parts of the sun’s light spectrum; that way, solar panels can continue to function even on cloudy or rainy days.

Once the energy from the sun has been collected by solar panels, it can be stored for an indefinite amount of time. Just one hour of the sun’s light exposure over the Earth can store up an entire year’s worth of electricity for the entire planet. That includes the power to homes, businesses, street lights, and more.

Solar Energy Is Used by Plants. Plants naturally get their energy from the sun, consuming sunlight and transforming it into glucose. In a sense, plants are natural solar power generators, getting their necessary energy from the sun. Certain microorganisms also use this technique as an energy source, too.

The cost of a solar installation is now at or below $3 per watt in certain U.S. states. Not even a decade ago, the cost of an installed solar system was upwards of $8 a watt, and many theorized about the day when solar could break the $4/watt threshold. Now in 2021, companies are seeing the $3.00/Watt mark take effect – quotes with pricing below $3.00 are coming in on the EnergySage Marketplace every day. The average cost per watt in 2020 is $2.81 per watt on EnergySage, meaning that a small to medium-sized system (6,000 watts) will cost $12,476 after the federal solar tax credit subsidy.

The cost of a solar installation is now at or below $3 per watt in certain U.S. states. Not even a decade ago, the cost of an installed solar system was upwards of $8 a watt, and many theorized about the day when solar could break the $4/watt threshold. Now in 2021, companies are seeing the $3.00/Watt mark take effect – quotes with pricing below $3.00 are coming in on the EnergySage Marketplace every day. The average cost per watt in 2020 is $2.81 per watt on EnergySage, meaning that a small to medium-sized system (6,000 watts) will cost $12,476 after the federal solar tax credit subsidy.

Solar Power Pays for Itself. There are many benefits to solar power, some of which you can view here, and one is that using solar power will end up saving you a lot of money in the long run. While the installation process may seem expensive and intimidating, you will be thankful you decided to make the switch soon after installing solar panels.

When you install solar panels, you will not have to worry about paying off your electricity bills each month. Instead, the sun will provide you with all the electricity you could need.

Solar Energy Is a Form of Nuclear Energy. In order to continue burning, the sun is constantly in a state of nuclear fusion. Inside of the sun’s core, hydrogen atoms fuse together to form helium, resulting in a series of contained explosions and heat. Solar panels harvest this energy from the light that the sun produces, transferring it into batteries and generators to use in your home.

There Are Two Types of Solar Energy. Solar panels can actually create power in two different ways. One of these is photovoltaic; this is the type of power that you can store and use as electricity. There is also solar thermal, which can be used to heat your home. Both types of energy can be taken in by solar panels. The only difference is how the energy is processed.

Some states also allow a tax break for homes that use solar energy. This can range up to a 30% tax break in some states; you may also be able to sell any excess energy you are able to store. Not only will you save money on your electricity bills, but you may even be able to make some money selling your extra energy.

Solar is the cheapest and most abundant energy source in the world. In December 2016, the cost of building and installing new solar electricity generation dropped to $1.65 per watt, narrowly beating out its renewable counterpart wind ($1.66/Watt) and its fossil fuel competitors.

A major turning point in terms of the economics of solar vs. fossil fuels occurred in 2016 when a commercial solar provider in Dubai offered solar electricity for sale at $0.029 cents per kilowatt hour, setting a world record for solar as well as all energy sources.

Today, there are 89 Petawatts (PW) of potential solar energy production available on earth, making solar the world’s most abundant available source of power.