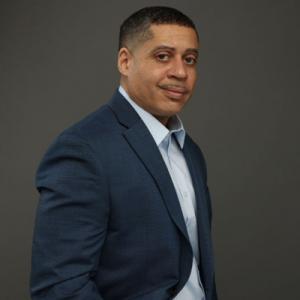 “I try to do things that people can connect with,” says Owens. “What I try to do with my artwork is paint people everyone is familiar with for nostalgia and to get in touch with their character.”

Owens comes from a family of artists. Growing up, he admired his mother’s uncanny artistic abilities, discovering his own artistic gifts at the age of six.

Born and raised in Chicago, the city’s influence can be found throughout Owens’s work.

“I absolutely love Chicago. I’ve been all over the world, but I haven’t been anywhere like my hometown,” says Owens. “Ultimately as an artist, I want to tell a story of things that people may not necessarily know. I want people to share a better understanding of my city through our iconography. Chicago is not its crime and violence. Chicago is Michael Jordan, Obama, Oprah. I’m trying to tap into these themes to connect to the area where I live.”

Owens’s painting of Obama is actually the only oil painting he’s held on to for personal reasons.

“That wasn’t a commission,” recalls Owens. “Being of African-American descent, the first black president was a major thing, and I was motivated to capture him in that moment. It’s become one of my more popular images and I’ve had offers over the years, but I’ve decided to hold on to it. It really reflects how I feel about him being from the South side of Chicago.”

Owens is a firefighter, a therapist, but being a professional artist is his true passion.

“My goal and my legacy, what I’m really trying to do, is leave something positive for the generations of people that come after me,” says Owens. “I just hope I did something to contribute some good to the world. And if people admire me for taking my time out to hone my craft.”

Close Up Radio will feature Rob C. Owens in an interview with Doug Llewelyn on April 2nd at 3pm EST

Listen to the show on BlogTalkRadio