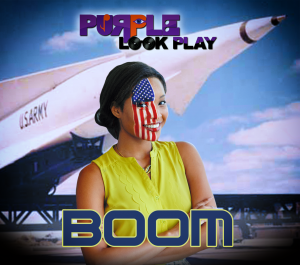 Boom was inspired by America’s growth of opportunity and future prospects found in the 1950s post World War II. The music genre includes rock and pop influenced by the Beatles, Who, Chuck Berry and Motown. Rockport Air Express has been released as the first single and can be found at PurpleLookPlay.rocks.