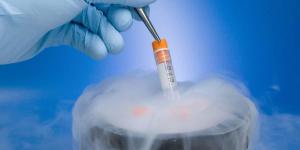 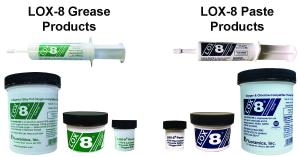 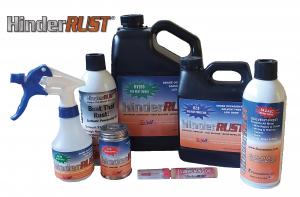 The world of cryogenics has become much more important this year due to medical applications. Fluoramics products prevent leaks and corrosion.

I would like you to know that your product, LOX-8, has worked flawlessly in our application and CO2 system. I fully endorse your product and couldn’t be more satisfied!”
— George Foley, Lighting/EFX Crew Chief, Disney’s Hollywood Studios

WINONA, MN, UNITED STATES, March 25, 2021 /EINPresswire.com/ — We hear a lot about cryogenics these days due to the need to keep vaccinations extremely cold. Cryogenic liquids such as oxygen, nitrogen and argon are also used in other applications including industrial, cannabis, and medical. They are used for storing large quantities of food, special effects fog, recycling, freezing blood and tissue samples, shipping and storing vaccines, and in producing cryogenic fields for rockets.

No matter the application, the cryogenic world is a tough one. Not only do harsh chemicals such as liquid nitrogen, hydrogen or oxygen make it difficult to maintain leak-free seals, the cryogenic environments creates constant moisture which leads to rust. Fluoramics offers solutions engineered to correct both issues.

Fluoramics Prevents Leaks with LOX-8
LOX-8 is oxygen-compatible and impervious to liquid nitrogen, CO2, and other harsh chemicals, plus it is high density and remains in place. It is formulated for wet conditions so that it retains its resiliency and eliminates the risk of cold flow.

Specifically engineered to withstand caustic chemicals, LOX-8:
• is designed for both high-temperature and cryogenic environments
• can be used on metal and plastic fittings, and prevents galling in stainless steel fittings
• has been tested by BAM and WHA International and approved for use with oxygen
• is NSF-approved for use in food processing and handling facilities
• has been found acceptable for chlorine system use by the Chlorine Institute (Pamphlet 164)
• is perfect for use in situations where extended service life is desirable

LOX-8 to the Rescue Against a CO2 Leak
In 2015, Fluoramics received an email from George Foley, a Lighting/EFX Crew Chief with Disney’s Hollywood Studios. He was looking for a solution to a problem he was having with cryogenic leaks on the set of Frozen®. Fluoramics steered Foley towards LOX-8 Paste and later received this resounding endorsement: I would like you to know that your product, LOX-8, has worked flawlessly in our application and CO2 system. I fully endorse your product and couldn’t be more satisfied!

Fluoramics’ HinderRUST Prevents Corrosion
The vapors and gases released from cryogenic liquids are very cold. They condense the moisture in air, creating a highly visible fog. Rust forms because of the high levels of moisture.

Fluoramics’ HinderRUST prevents rust by displacing water, allowing rust-inhibiting agents to bond to treated surfaces and forming a boundary film between moisture and metal. Solvent free, HinderRUST lubricates as it stops rust, plus it is the first rust stopper approved for weld-through. No primer is needed.

Fluoramics provides products engineered to solve issues not only in the world of cryogenics but in industries such as water treatment, medical, industrial gases and pipelines. For more information on their sealants, greases, industrial lubricants and rust stoppers, go to www.fluoramics.com.