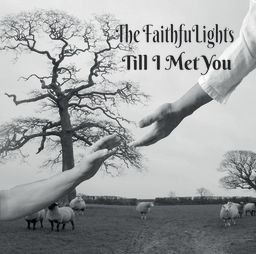 The FaithfuLights, Till I Met You CD Cover

Lamb On The Cross is a song destined to become not just a praise and worship favorite, but also a part of every churches’ playlist at Easter time.”
— Gary Simonelli

NASHVILLE, TENNESSEE, US, March 30, 2021 /EINPresswire.com/ — CEOCFO Magazine, an independent business and investor publication that highlights important technologies and companies, today announces the launch of contemporary Christian music group, The FaithfuLights and their music video for their first single “Lamb On The Cross” off of their debut album “Till I Met You”.

“Lamb On The Cross is a song destined to become not just a praise and worship favorite, but also a part of every churches’ playlist at Easter time,” says Co-Songwriter, Co-Producer and Engineer Gary Simonelli. Continuing Gary tells CEOCFO, “Lamb is the type of song that makes you realize that Jesus death on the cross was personal and for you.” Lyrics like, “It should have been me not Him hanging on the tree,” tells the story of a savior who paid the price for the things you have done wrong and the mistakes you personally have made.

Lamb On The Cross uniquely brings together classical music orchestration and the Soca rhythms of the Caribbean, with the soulful voice of Jaye Martinez; all in a very contemporary Christian Music setting. You will certainly want to add this to your playlists, use it at Worship Services, use it as background for your own videos and share the good news with all of your friends and family on social media. And don’t forget to request your favorite local Christian music radio stations play Lamb On The Cross and music by The FaithfuLights.

The FaithfuLights debut album brings you seven other songs by the songwriting and production team of Rivers, Van Pelt, Simonelli and Mohammed. They are uplifting songs of faith that will bring hope and sunshine to those dark moments of life. The FaithfuLights also feature lead singers Shanel Horton and Kay Riggle, who are also members of the Clearwater Seventh-day Adventist church praise and worship team. The band features one of central Florida’s best fiddlers, Neal Richard Phillips and Jim Terry on pedal steel guitar, with Donny Colbeth on drums and percussion, Gary Simonelli on bass, acoustic rhythm and electric lead guitar, John Peters on acoustic rhythm guitar, Bud Rivers on picking guitar and George Mohammed on piano.

The FaithfuLights debut album Till I Met You is available on all platforms!