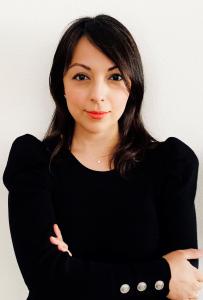 Mónica Ramírez Almadani is the new President and CEO of Public Counsel.

My family’s own journey and the strength and resilience of the community in which I grew up are what inspired me to pursue a career committed to social, economic, and racial justice. ”
— Mónica Ramírez Almadani

LOS ANGELES, CALIFORNIA, UNITED STATES, April 7, 2021 /EINPresswire.com/ — Public Counsel announced today the selection of Mónica Ramírez Almadani as its next President and Chief Executive Officer and holder of the Helen & Morgan Chu CEO Distinguished Chair. The appointment, which will be effective in June 2021, is the result of a months-long, in-depth search to find a new leader for Public Counsel after retired Federal Judge Margaret Morrow announced her upcoming departure after five and a half successful and highly productive years at the helm of the nation’s largest pro bono law firm, which recently celebrated its 50-year anniversary.

Ramírez Almadani has nearly two decades of experience advocating for the rights of underserved communities locally and nationally. Currently a clinical law professor and co-director of the Immigrant Rights Clinic at the University of California, Irvine School of Law, she began her career at the American Civil Liberties Union after clerking for the late Honorable Warren J. Ferguson of the U.S. Ninth Circuit Court of Appeals. Ramírez Almadani continued to lead initiatives, investigations, and precedent-setting litigation on behalf of vulnerable communities across the country at the U.S. Department of Justice’s Civil Rights Division, where she served as Counsel to then Assistant Attorney General (and former U.S. Secretary of Labor) Thomas E. Perez during the first term of the Obama Administration.

Ramírez Almadani has served in several other leadership roles in federal and state government, including as Special Assistant Attorney General in the California Department of Justice, advising then Attorney General and now Vice President of the United States Kamala D. Harris on civil rights, criminal justice, and immigrant rights issues. She also served as Deputy Chief of Staff and Senior Counselor to former Deputy Attorney General James M. Cole in Washington, D.C., and as an Assistant United States Attorney in the Public Corruption and Civil Rights Section of the U.S. Attorney’s Office in Los Angeles.

“Since her days in the Civil Rights Division at the Justice Department where she helped lead our reform efforts, I have appreciated Mónica for being a passionate, dedicated, and accomplished advocate for those in need and for those at risk,” said former Attorney General of the United States Eric H. Holder, Jr. “Her authenticity is palpable, her effectiveness evident. I am confident she will lead Public Counsel with the same integrity, vision, and compassion she has demonstrated throughout her career.”

Ramírez Almadani grew up in Huntington Park, a working-class immigrant community in southeast Los Angeles. Her parents, Salvador and Irma, immigrated to the United States from Mexico, working hard to provide their daughters with greater opportunities here.

“Public Counsel’s mission and its clients are very personal to me,” said Mónica Ramírez Almadani. “My family’s own journey and the strength and resilience of the community in which I grew up are what inspired me to pursue a career committed to social, economic, and racial justice. Families and communities who are low income or living in poverty, and who are primarily people of color, face a myriad of challenges that the pandemic has only made worse — many systemic and longstanding, and some that would have been hard to imagine just over a year ago. I am proud and humbled to have the chance to lead a talented, diverse, and passionate staff, as well as countless volunteer attorneys and law students, in advocating for and serving those in need at this unique moment in time.”

“Mónica brings to Public Counsel her perspective as the daughter of immigrants, her impeccable credentials, and her career-long experiences devoted to social justice,” said Jonathan Anschell, executive vice president and chief legal officer at Mattel, Inc., chair of Public Counsel’s Board of Directors, and co-chair of the Board’s search committee. “As Public Counsel’s clients continue to navigate multiple, overlapping crises, we are so very fortunate to have someone with Mónica’s skill set and background to lead our organization during this critical time.”

Prior to joining UC Irvine, Ramírez Almadani also served as Special Counsel in the Los Angeles office of Covington & Burling, LLP, where she maintained a robust pro bono practice, including as part of the senior litigation team representing the University of California, in partnership with other plaintiffs and organizations like Public Counsel, in successfully challenging the Trump Administration’s decision to rescind the Deferred Action for Childhood Arrivals (DACA) program.

“Mónica Ramírez Almadani is a brilliant, innovative, creative, and public-service oriented lawyer who brings significant experience using the law as an engine for social justice,” said Song Richardson, Dean and Chancellor’s Professor of Law at UC Irvine’s School of Law. “Under her leadership, Public Counsel will have an even greater impact on the issues and problems facing society today. I cannot imagine someone better suited to lead Public Counsel at this time.”

Ramírez Almadani received her B.A. magna cum laude from Harvard University and her J.D. from Stanford Law School, where she served as a research assistant to civil rights advocate and legal scholar Michelle Alexander (author of The New Jim Crow: Mass Incarceration in the Age of Colorblindness), as the executive editor for submissions for the Stanford Journal of International Law, and as the co-president of the Stanford Law Students’ Association. Ramírez Almadani has held numerous volunteer positions and is the recipient of several awards. She previously served as the Co-Chair of the Board of Directors of Centro Legal de La Raza in Oakland and has been a trustee of the Mexican American Bar Foundation for several years. She is a recipient of the Marshall Memorial Fellowship from the German Marshall Fund and an Equal Justice Works Fellowship. She has also been honored by the San Francisco La Raza Lawyers’ Association as an attorney of the year and has been the keynote speaker for the Orange County Bar Foundation’s Project Youth Dinner for many years.

Ramírez Almadani’s appointment concludes a broad search facilitated by Heidrick & Struggles International, Inc. under the direction of a Public Counsel Board Search Committee headed by Anschell and Frederiksen, and assisted by a staff group consisting of a broad cross-section of employees.