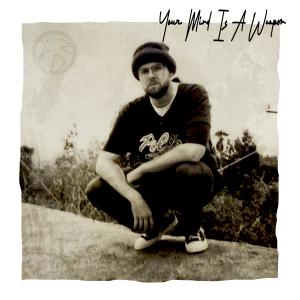 Through his memorable and refreshing R&B and Hip-Hop compositions, Max Rahn is all set to become the next biggest hit, crafting unique compositions one

PASADENA, CALIFORNIA, UNITED STATES, April 7, 2021 /EINPresswire.com/ — Up-and-coming singer, songwriter, and producer Max Rahn is a true force to be reckoned with in the genres of Hip Hop, Rap and R&B music. With the release of his fresh new album titled ‘Your Mind Is A Weapon’ on April 2nd, 2021, the budding artist is hoping to showcase his brilliant songwriting and independent production.

Featured by artists such as BredMan and Freckles, composer Joel Reyes highlighting his prowess on the trombone, and composer Brock Vance on the guitar, the artist is driven to experiment and enrich his own musical talents. ‘Your Mind Is A Weapon’ is dominated by numerous singles that hit the right notes with memorable and enlivening melodies, rich beats and hard-hitting rap verses. The album itself is characterized by both mellow and powerful vocals and a mix of Hip Hop and R&B production that is refreshing and relaxing, making for a complete and perfect album. With singles that are both soothing and calming, to singles that are accentuated by soulful yet somber songwriting and lyricism, ‘Your Mind Is A Weapon’ is bound to impress and amaze fans of the R&B and Hip-Hop genre.

Showcasing themes of love, loss and growth, Max Rahn is driven to inspire and motivate listeners of Hip Hop with raw and authentic songwriting and powerful vocals to complement the production. With empowering and unique singles, Max Rahn wishes to become a solid R&B and Hip-Hop artist in the industry, inspiring fans and other independent artists along the way.

With his fellow friends and collaborators, Max Rahn wishes to grow and continue his musical journey, amassing maximum views and enhancing his own independent musical tastes. Crafting music with inimitable originality and flair, Max Rahn is all set to soar and become a rising sensation.

Budding singer, songwriter, and producer Max Rahn is a formidable new addition to the genre of Hip Hop and Rap. Being inspired by the likes of industry icons and legends such as Mac Miller, Kendric Lamar, Pharrell and J.Cole among others, the budding artist is wishing to revolutionize the scene for independent rap artists.
Hailing from Pasadena, California, the young artist has been rapping and producing musical compositions for more than 12 years. Max Rahn got his Bachelors of Arts degree in Audio recording from Cal State Dominguez Hills in 2019, formally pursuing his endless passion for music and its technicalities. Ever since graduation, the rising artist has continued to build his brand and platform, performing in live shows around LA and has begun his own independent music company and clothing brand named “ANYDAYNOW”. Consisting of independent producers, musicians and artists in the Pasadena area, ANYDAYNOW is a stunning independent collective.