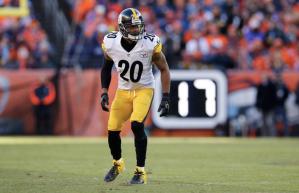 Will Allen, former Steelers Safety turned angel investor and venture capitalist, is one of the co-founders of MVP

PITTSBURGH, PENNSYLVANIA , U.S., March 31, 2021 /EINPresswire.com/ — Magarac Venture Partners (“MVP”) a Pittsburgh-based venture capital firm, announces the launch of its operations today with a focus on investing in market defining companies based in the Midwest of the United States.

MVP is led by a team of experienced early-stage investors with an extensive history of success running one of the longest tenured firms in the Midwest. Since 1999, two of MVP’s co-founders, Jay Katarincic and Mike Stubler, have been business partners and Managing Directors at Draper Triangle Ventures. They were joined by Zach Malone in 2011, an MVP co-founder, and collectively the team brings over 50 years of operational and investment experience. For more than 20 years, Katarincic, Stubler and Malone have been focused on helping founders build globally impactful businesses in cities like Pittsburgh, Columbus, Cleveland, Ann Arbor and Detroit. Their portfolio and past investments are many of this region’s most successful companies including TOA Technologies, RE2 Robotics, CardioInsight, Onshift, BodyMedia, Carnegie Learning, Aware, Autobooks, Locomation, Alviere and Renal Solutions.

Joining MVP as a Partner and co-founder is former Pittsburgh Steeler and venture capitalist Will Allen. Allen has an innovative approach with a proven track record of investing in emerging tech companies including Metafy, Gigwage, eFuse and PlayersTV. He is passionate about a variety of sectors including Fintech, Esports, Enterprise and Consumer Software. Allen serves on the Allegheny Conference on Community Development Board of Directors, Partner4Work Board of Directors, United Way of Southwest PA, and is the Chair/Founder of the Will Allen Foundation.

“Will brings an impressive investment acumen, network, and a championship mentality to our team. We are especially excited to have him on board. There is no doubt in my mind his talents and unparalleled work ethic will have a dramatic impact on the region,” said Malone, co-Founder of MVP.
Over the last twenty years the Midwest has developed the infrastructure required to enable a thriving early-stage technology ecosystem. Cities like Pittsburgh present a generational opportunity for venture investors. The region has become a world leader in disruptive technologies such as AI, Software, Robotics, and MedTech that will serve as the foundation of market defining companies in the coming decade.

“The early-stage technology ecosystem in the Midwest, especially Pittsburgh, is poised for rapid growth. We have built Magarac Venture Partners to capture this unique opportunity to create top tier returns for investors looking to access this emerging market. MVP is focused on partnering with innovative founders building market defining companies. We work tirelessly to equip our portfolio with the resources to compete in today’s global marketplace,” said Jay Katarincic, Partner and co-founder of MVP. “In the past universities and research institutions in the Midwest developed talent and technology that was often lost to the coastal regions due to a lack of investment capital. That stops now.”

Allen, a 12-year NFL veteran who played for the Pittsburgh Steelers and Tampa Bay Buccaneers joined as a Partner and Co-Founder of MVP. In addition to his investment acumen Allen helped craft the firm’s commitment to funding entrepreneurs of color, African Americans, women, and other demographics often overlooked by venture investors. “Historically, underrepresented founders have had a difficult time excelling in the tech industry. MVP will change that landscape for these entrepreneurs creating market defining companies by targeting at least one third of its commitments to underrepresented founders. Inspired by the groundbreaking “Rooney Rule” in the NFL, our goal is that each portfolio company will have an African American, person of color, female, first generation immigrant and/or LGBTQ representation on their leadership teams. The firm will build on its track record to support growth of underrepresented entrepreneurs.” said Allen.

Magarac Venture Partners (MVP) is a Pittsburgh-based venture capital firm focused on investing in market defining companies based in the Midwest of the United States. Collectively the team has over 50 years of experience helping companies scale in this region. Their past investments include many of the most successful venture backed businesses within their geographic focus TOA Technologies, RE2 Robotics, CardioInsight, Onshift, BodyMedia, Carnegie Learning, Aware, Autobooks, Locomation, Alviere and Renal Solutions.