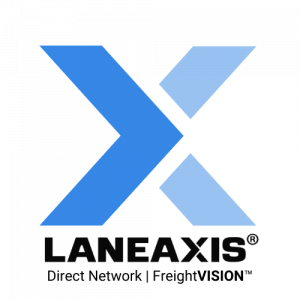 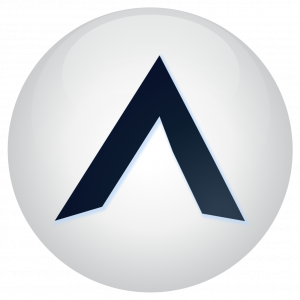 The groundswell of support we’ve received adds fuel to our fire, and also accelerates the implementation and adoption of this long overdue direct network.”
— Rick Burnett, LaneAxis Founder & CEO

ORANGE COUNTY, CA, USA, March 31, 2021 /EINPresswire.com/ — Sometimes the sequel is better than the original. So it is with LaneAxis, Inc., which today eclipsed the $1 million mark in its Regulation Crowdfund raise (Reg. CF) on StartEngine. LaneAxis reached the $1 million milestone just 16 days into its current campaign. In 2020, LaneAxis raised $1.07 million (the maximum allowed at the time) in approximately three months. That campaign closed out ahead of schedule – with hundreds of hungry investors left on the waitlist.

“Last year we launched our fundraising campaign just as the global pandemic enveloped the globe,” says Rick Burnett, LaneAxis Founder & CEO. “At the time, we anticipated a challenging road ahead given the circumstances. But as it turned out, the circumstances that unfolded – particularly the run on staples such as toilet paper and cleaning products – exposed major fractures and flaws in freight transportation. The LaneAxis Direct Freight Network emerged as a game-changing solution that could dramatically help mitigate such supply chain crises. As public awareness of the LaneAxis solution grew, our momentum began to take on a life of its own – and a year later that momentum continues at full speed.”

LaneAxis is not only benefiting from a fast start in its current campaign, but also from rules changes to Reg. CF raises that took effect March 15. Most notably, the SEC boosted the fundraising cap from $1.07 million to $5 million, and also increased the amount certain non-accredited investors can contribute.

Since the close of its initial StartEngine campaign, LaneAxis successfully launched the Direct Freight Network, on-boarding hundreds of new carriers who have been clamoring for a broker-free platform. Freight Brokers routinely consume anywhere from 15 to 50% in commissions, money that is essentially siphoned away from small “mom and pop” trucking companies – which represent about 97% of the industry. LaneAxis is the first “Brokerless” network in the U.S. freight sector, empowering shippers and carriers to connect and do business directly with each other.

LaneAxis has also stepped up its offering by integrating blockchain technology powered by the AXIS token into its platform. All network and shipment data will be stored on a public/private blockchain built on the Ethereum protocol. Among its numerous benefits, the LaneAxis blockchain’s immutable ledger will ensure total transparency, data integrity, and end-to-end chain of custody. Artificial Intelligence will quantify and process this data for myriad uses for all industry players. Critically, AI will also utilize the blockchain-stored data to find available capacity when and where shippers need it most – helping eliminate 20 billion+ empty truck miles per year. AXIS tokens will serve as API keys to access the blockchain and the valuable data contained therein.

“We’re obviously thrilled with the direction and momentum we’ve reached at this stage,” added Burnett. “But the hard work of building out the direct network and blockchain protocol continues. The groundswell of support we’ve received adds fuel to our fire, and also accelerates the implementation and adoption of this long overdue direct network.”

Visit www.startengine.com/laneaxis to learn more about the LaneAxis platform and Reg. CF campaign.

Visit www.axistoken.io to learn more about the LaneAxis blockchain and AXIS Token protocol.