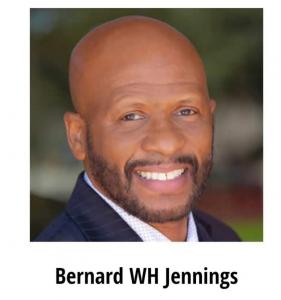 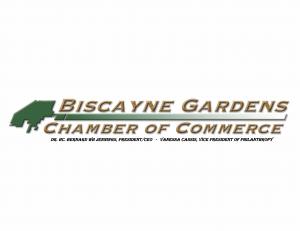 Biscayne Gardens Chamber of Commerce – a membership with privilege’s

With over 10 years of mediation experience, Dr. h.c. Bernard W.H. Jennings has saved countless families from the tribulations of foreclosure. By Jesse Scheckner

There’s no defense for foreclosure, and attorneys advertise foreclosure defense. There’s only one thing you can do with a foreclosure: come to an agreement with your lender.”
— Dr. h.c. Bernard Wh. Jennings

BISCAYNE GARDENS, FLORIDA, UNITED STATES, April 3, 2021 /EINPresswire.com/ — For Dr. h.c. Bernard W.H. Jennings, the course of his professional career was determined by a deep personal loss. He was in graduate school finishing up his master’s degree in public administration at Florida A&M University and his mother had a foreclosure on her property.
“She had this obligation to pay the bank and it was very stressful for her,” he recalls. “She actually suffered from a hemorrhage and passed away one morning. She was a very young woman, only 52, and it was because of the stress that was upon her due to her situation that this happened. After leaving school, I decided I wanted to help people similarly situated because I couldn’t help my mom at the time.”
Jennings, who holds certifications from both the Florida Supreme Court and the United Department of Housing and Urban Development, is a champion of foreclosure rights. He endeavors daily through his loss mitigation company, IKJ Government Affairs Consulting, to work out agreements between homeowners and lenders that stop foreclosure proceedings permanently, allowing the homeowner to stay in their home and protect their credit history. Through detailed financial analyses on the property in question he has been able to stave off what would have been catastrophic losses for families in financial peril.
He claims that many people who wait for something conditionally to relieve them of their troubles often are left much worse off than they would have been if they’d come to him sooner, incurring further debt and unnecessary lawyer fees.
“I think attorneys are great people – they’re just trying to help out – but a lot of them have been unscrupulous for a lot of the people who have come to me, who have given these attorneys money and would have lost their house,” he says. “There’s no defense for foreclosure, and attorneys advertise foreclosure defense. There’s only one thing you can do with a foreclosure: come to an agreement with your lender.”
Former clients of his, now in good standing with their lender thanks to his efforts, are eager to sing his praises. Esther St. Paul, who cares for her diabetic father, was facing bank lawsuits and foreclosure actions. The stress, she claims, led to her father having his leg amputated. When she sought Jennings’ help, however, she says everything changed.
“The situation was severely stressful and we didn’t know what to do,” she says. “You constantly watch the mailbox, hating when the mailman comes to your home. Honestly, I didn’t see how I could come out of the situation. I put my faith in Bernard and when I received that modification it was a blessing.”
Sylma Ivette Schoenlank, a self-employed single mother, was a month away from selling her house due to foreclosure when Congresswoman Frederica Wilson referred her to Jennings. After deflecting the initial foreclosure, he led negotiations that resulted in more than $100 thousand being dropped from her loan and more than $1,000 off of monthly payments.
“He was just a really cool, down-to-earth, loving and caring guy,” she says. “He said, ‘don’t lose any sleep over this, we’re going to get this done.’ He really held my hand through the whole thing, and I really needed that.”
An active and doting father of two girls and a 6 year old boy named “Ethan”, it is this human element and caring approach that has forged lifelong bonds between himself and those he’s helped.
“When I see a mother or a couple before me and they’re having a problem and I’m able to tell them, ‘listen, I’m looking at the formula and you qualify,’ I feel the sense of, ‘yes! Another one I can help,” he says. “They’ve gone through this for so long, they come to me and in such a short time I help them, they’re just overwhelmingly happy. They become friends for life.”

Dr. h.c. Bernard Wh Jennings is also the President/CEO of the Biscayne Gardens Chamber of Commerce where he assist small and medium sized business owners. The Chambers goal is to strengthen the local economy, to promote the community, provide networking opportunities, represent interests of businesses with government and develop community leaders.
#GrowWithGoogle
For more information, call 786-486-7271 or visit <www.mediatetoday.net> .