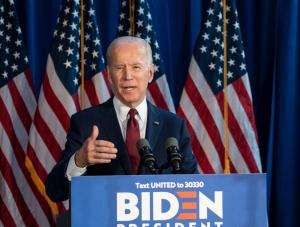 President Biden wants to increase corporate taxes to 28%, from 21%, still less than 35% from Obama’s administration. 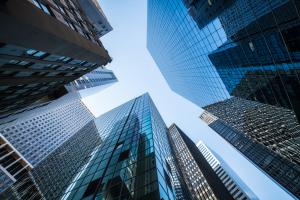 Corporations and big business is worried about how these tax increases will affect their revenues and profits in the long run.

President Biden is being condemned by Republicans and business leaders for his proposed corporate tax increases, but are these critiques warranted?

51 or 52 corporations in the Fortune 500 that haven’t paid a single penny in taxes for three years.”
— President Biden

NEW YORK CITY, NEW YORK, UNITED STATES, April 6, 2021 /EINPresswire.com/ — President Biden has been under constant scrutiny since his arrival in the oval office. This scrutiny comes primarily from his political rivals (Republicans such as Senate leader Mitch McConnel) and business leaders. Criticism and worry surrounding Biden’s new legislation initiatives and infrastructure plan is due to one primary concern, taxes. More specifically, corporate taxes.

In order to fund his new US infrastructure plan (which is estimated to cost over $2 Trillion USD), President Biden seems keen on raising corporate tax levels in order to ensure that big businesses are paying their fair share. Under Donald Trump, corporate tax levels fell from 35% to 21%, allowing corporations to fork over much less than they did under the Obama administration towards public services. However, given the cost of the pandemic to the United States government, it seems evident that tax increases are necessary somewhere in order to offset the costs of infrastructure improvements and public wellbeing.

President Biden’s infrastructure plan is being centred around the repair and revitalization of essential transportation utilities (road, highway, bridge repairs, etc), in addition to care for elderly populations, improvements to drinking water, improved internet connectivity, and providing more affordable housing. On paper, the new plan sounds ideal for two reasons. First of all, every item listed will bring positive improvements to the daily lives of millions of Americans. Second, it will generate and stimulate economic activity for the entire nation (job growth, supply purchases, and more).

The angst amongst Republican politicians and business owners towards the proposed tax increases is not necessarily hollow however. The general sentiment amongst Biden’s critiques is that his infrastructure plan will fail to deliver and the tax cuts will only hurt the earnings of companies on the S&P 500. For example, Goldman Sachs reports that if the proposed tax increase from 21% to 27% occurs it could knock 9% off earnings per share for those companies.

But this all makes sense, doesn’t it? An expectation by rival politicians to fail to deliver on a legislative agenda is par the course for American politics. Ironically, McConnel and company are the same Republicans warning that Biden’s infrastructure plan will not deliver who did not hold Donal Trump accountable when he made the same promises. Additionally, the fear that companies revenues and earnings per share will fall due to a rise in taxes is completely rational, of course they will. But some of these companies are part of the “51 or 52 corporations in the Fortune 500 that haven’t paid a single penny in taxes for three years” argues Biden.

Companies, such as Amazon, have seen their revenues and profits explode since the start of the pandemic. So while a 9% fall in EPS is possible, that should be taken in context involving the historical gains made by S&P 500 companies since Q1 of 2020. Some corporations have seen record turnover since the start of the global pandemic, primarily those Biden seeks to target with his corporate tax increases. Leveraging the success of some of America’s largest corporations to help fund improvements to the country seems to be Biden’s primary focus at this point.

However, not all companies have succeeded throughout the pandemic. Some, such as airlines, cruise lines, or entertainment hubs (like movie theatre giant AMC) had to weather the COVID storm and it was rough. Now a proposed tax increase is inbound to only make matters worse. This leads many to argue that Biden’s plan will only force corporations to further utilize offshore tax havens, where corporate tax rates are much lower.

Biden’s critics aren’t wrong in their position necessarily, but their argument seems misplaced. Companies which have succeeded and generated record breaking revenues during a global crisis, should be asked to foot more of the bill for America’s recovery. However, companies which have suffered and been hopeful for a bump in economic activity should not be punished further. Biden’s proposed corporate tax increases are essentially asking the corporations which Americans helped to succeed, to now turn around and help pay for things everyday Americans need.

Want to learn more? Visit us at The Financial News to get the latest on market news, stock movements, economic policy, and more from the world of finance.

Written by Nico Minardi of Mrkt360.