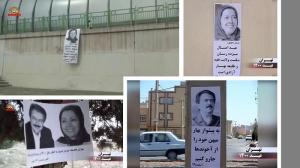 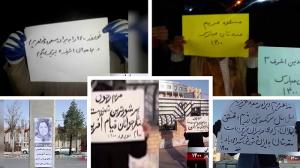 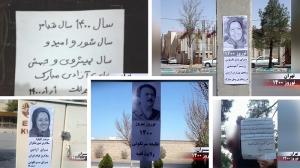 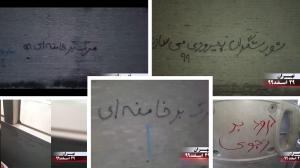 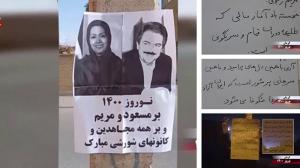 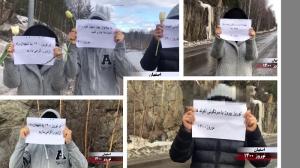 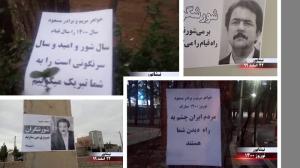 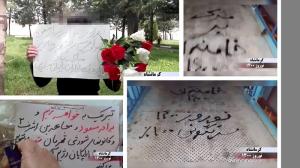 Maryam Rajavi’s Message on the walls in Tehran and various other cities: “Warmest congratulations to the rebellious youth. Nowruz 1400 promises to be the year of the clerical regime’s overthrow”
— NCRI

PARIS, FRANCE, March 27, 2021 /EINPresswire.com/ — On the eve of Nowruz, the Iranian New Year, the MEK supporters and Resistance Units posted large banners and placards, and wrote graffiti in public areas, underscoring the bright prospects of the ruling religious dictatorship’s overthrow in the new year, and called on the Iranian people to rise up and protest against the clerical regime. Numerous reports indicate that people welcomed the activities of the Resistance Units and MEK supporters in Tehran and other cities.

Taken from the widely circulated New Year’s message of Mrs. Maryam Rajavi, the President-elect of the National Council of Resistance of Iran (NCRI), some of the slogans read: “Maryam Rajavi: This Eid heralds the defeat of Velayat-e Faqih regime and the beginning of the spring of freedom”, “Maryam Rajavi: The New Year can and should become a year full of protests”, “Maryam Rajavi: Warmest congratulations to the rebellious youth.” Some of the other slogans were, “Massoud Rajavi (Leader of the Iranian Resistance): We will not rest until our occupied homeland is free from the dictatorship. To achieve this, we will have to fight a hundred times more,” “On Nowruz 1400, let’s remember the martyrs,” “Nowruz 1400, a promising year for the clerical regime’s overthrow,” “Down with Khamenei, hail to Rajavi.”