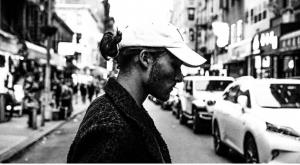 Alex Silver releases INFINITY. A spectacular album that carries us on a timeless journey to the outer edges of infinite space.

Alex Silver is a music producer who has been exploring and cultivating his own unique sound for the past 8 years. Before entering the world of music production, Alex was an intensive competitive dancer. However, he suffered a serious injury at the age of 13 which prevented him from furthering his dancing career.

Dancing gave Alex a vehicle to express himself and the feeling of freedom. His exceptional talent for music production has allowed him to transfer these feelings and transmit them through his extraordinary musical creations.

Alex’s inspiration comes from his emotions. His creative process arises from a deep feeling which he wishes to communicate and translate into sound. He told us: “I make music from my soul”. This intense form of expression produces music with a maturity way beyond his years.

His most recent release is a 16 track album titled INFINITY which takes us on a spectacular journey into the outer edges of time and space.

INFINITY is a notable album that absorbs the listener completely and instantaneously in deep ambient sounds and dreamy production. Encompassing us with an overwhelming sense of tranquillity, calm and rejuvenation.

Alex has incorporated the use of crystal alchemy singing bowls into his work. He plays different notes that correspond with the chakra system and are all tuned to the frequency of 432Hz. This emits waves of healing energy that resonates through our physical and energetic body.

Alex told us: “I made INFINITY as a concept album to give people the picture in their mind of an abyss. The idea that forever is limitless and we exist in an endless sea of energy and creation”.

Alex expertly delivers this feeling of infinite space through his music. Each song takes us on a mystical ride through a boundless soundscape, immersing us in sonic bliss.

The third song on the album, “Infinity” is a notable highlight. It incorporates euphoric soundwaves and dreamy reverbed vocals which hypnotise the listener and carry us into an alternate universe.

The tone and energy of the songs progress throughout the album and the song “Oasis” delivers an uplifting world music vibe. It showcases bird sounds with Andean style flutes, along with African sounding drumming.

The production of this album is nothing short of spectacular and it is a perfect fit for a lounge bar, yoga studio or spa. If you enjoy music from artists such as Jhene Aiko and Russ then you will love Alex Silver.

Listen to INFINITY and watch the music video here:

Alex is always working on improving his production skills to develop better music. His upcoming releases include an entire EP solely dedicated to sound healing music and another EP that will be pure RnB. We are excited to see the release of these upcoming projects.

In the meantime Alex has an important message for all his listeners: “Dream big. Trust and believe in yourself”.