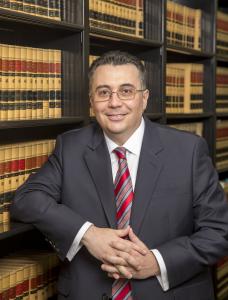 Persistent odor raises question of what turns a car into a lemon and how much owners must put up with before they can send the car back. by Catherine Kimble

CA Lemon law requires at least two repair attempts coupled with other factors such as circumstances surrounding each repair visit, if the problem was duplicated, or if a repair was actually performed.”
— Nick Nita, California Lemon Law Attorney

LOS ANGELES, CALIFORNIA, UNITED STATES, April 8, 2021 /EINPresswire.com/ — There was recently a Hyundai Palisade owner who was able to get their SUV bought back after having a terrible odor from the car that smelled like “garlic with a hint of ass” according to The Drive. Many owners of this type of vehicle have voiced complaints about the smell coming from the headrests, and Hyundai had not done much about it. However, this is the first buyback that is taking place. This buyback shows that things could change. The car had 7,141 miles on it.

There was a Palisade up for sale at Manheim auction in Orlando, Florida. It said that this vehicle was being auctioned as a manufacturer buyback under state or federal-level Lemon Law. Headrest odor is mentioned in the description. According to California lemon law attorney Nick Nita, lemon law is a claim against the car manufacturer for repeated repairs under factory warranty. To have a viable lemon law claim, Nita states, a vehicle must have repeated factory warranty repairs of a defect that “substantially impairs the value, use or safety of the vehicle.” The nature of the defect, according to Nita, and the extent of the actual repairs performed under warranty play a key role in determining if a vehicle is a “lemon” or not.

For something to be a “substantial defect,” it must be “a problem covered by the warranty that impairs the car’s use, value, or safety, like faulty brakes or steering” according to NOLO.com. Things like loose door handles or radio knobs do not count as “substantial defects.” Some things like bad paint jobs and bad smells have been deemed “substantial defects.” Attorney Nita says while he has never had a smelly headrest case, he has dealt with cases where there was a verified, bad smell or odor in the vehicle and dealers performed repairs under warranty.

The car manufacturer or dealer must be allowed to have a “reasonable” amount of tries to fix a substantial defect before your car can be called a lemon. According to Nita, it is a common misconception in Lemon Law that there is a “magic” number of repair attempts that would give a consumer an automatic Buyback. Nita explains, “what constitutes “reasonable” is subject to much litigation, but the lemon law [in California] requires at least two repair attempts coupled with other factors such as all the circumstances surrounding each repair visit, if the problem was duplicated, or if a repair was actually performed.”

Depending on state law, the number of repair attempts required before a vehicle is considered a lemon might depend on whether the defect qualifies as a “serious safety defect” or not and also how many days the vehicle has had to stay in the shop for all repair attempts.

Palisade owners complained on social media that the odor was coming from the foam in the headrests. Hyundai released a Technical Service Bulletin (TSB) saying that this smell could be fixed by spraying three “neutralizing agents” directly onto the headrest foam and headrest holes. According to The Drive, “Acceptable ‘neutralizing agents’ include unscented Febreze Fabric Refresher, pure&clean Surface Cleanser and Zep Air and Fabric Odor Eliminator—in other words, stuff you can buy anywhere. But the TSB outlines a specific procedure for opening up the underside of the headrest to expose the inner foam and advises affected owners to get the work done at a dealership to avoid unintentional damage to the Nappa leather surfaces or stitching.”

The TSB says that if it does not work the first time to simply try it again with one of the other listed products. On Palisade Forum many people complained about having to go back and do this two or three times or get new headrests altogether.

A Hyundai spokesperson told The Drive that “there were slight variations in [the] manufacturing process of the headrests” which caused the smell in the headrests for some of the vehicles and the problem has been corrected.

What if the auto manufacturer or dealer alleges the defect was caused by something the customer did or some other outside influence? Nita cautions owners to keep up maintenance on the vehicle and follow manufacturers’ recommendations to keep up the warranty and to always keep records of repairs or maintenance visits. If caught in a dispute over whether the warranty covers the repair or not, an experienced lemon law attorney can help out.

Most states’ lemon laws apply only to new cars, but some states allow for used cars as well. The future of further buybacks from Hyundai remains to be seen.