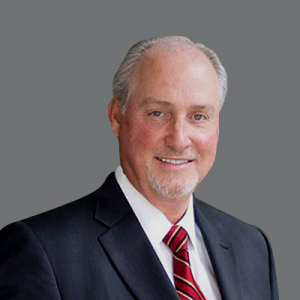 Hip implant manufacturers are being sued for creating serious medical conditions in thousands of patients who opted for metal hip implants. By Diane Lilli

If a patient has metallosis causing the implant to fail or cobalt/chromium poisoning due to metal ion leakage from the corrosion that occurs in metal on metal surfaces, a cause of action may exist.”
— James A. Morris, Jr., Attorney

BURBANK, CALIFORNIA, UNITED STATES, March 30, 2021 /EINPresswire.com/ — Sometimes, the cure is worse than the disease. Hip implant manufacturers are being sued for creating serious medical conditions in thousands of patients who opted for metal hip implants. From metal poisoning to metal debris entering the joints, from chromosomal abnormalities and DNA damage to a risk of cancer, serious conditions have been impacting patients with metal hip implants.

The Agency for Healthcare Research and Quality reports there are over 450,000 hip replacements each year in the US. Out of these almost half-million hip replacements, about one-third of patients have metal implants.

Major medical companies have been losing in court as plaintiffs with metal hip replacements sue for faulty implants. Already, over $65 billion has been awarded to thousands of patients due to lawsuits against major healthcare makers. James A. Morris, Jr. is a California-based personal injury lawyer who has successfully handled defective product claims across the country. According to Morris, while some have suggested that metal implants have a life expectancy of 15 years, many last longer while some do not last nearly as long. What is critical, according to Morris, is the reason for the revisions or removal surgery. “If a patient has metallosis that is causing the implant to fail or cobalt/chromium poisoning due to metal ion leakage from the corrosion that occurs in metal on metal surfaces, then a cause of action may exist.”

The key takeaway, says Morris, is that patients who have experienced a revision surgery or device removal in the last couple of years are likely eligible for representation now. “Each state has different statute of limitations laws which limits the time frame for filing a case,” Morris cautions, “so patients should contact a lawyer immediately to evaluate their claims.”

Numerous major medical companies have been involved in metal implant lawsuits. DePuy (a Johnson & Johnson Company), Stryker, Wright, Smith and Nephew, and others have all faced lawsuits for defects in their metal hip implants.

The specific hip replacement failures include the DePuy ASR; DePuy Pinnacle; Stryker Rejuvenate; Stryker Accolade; Stryker LFIT V40; Wright Conserve and Wright Profemur; and the Smith and Nephew Birmingham™ Hip Resurfacing (BHR) System. Recalls for metal hip implants have been ongoing both in the US and internationally.

Johnson & Johnson, the largest healthcare manufacturer in the world, paid a $1 billion settlement in 2019 in the US when faced with an onslaught of defective metal on metal hip implants.

In the Johnson & Johnson lawsuits, about 6,000 plaintiffs sued for serious complications caused by the defective metal-on-metal hip implants created by DePuy, a subsidiary of Johnson & Johnson.

The Stryker LFIT V40 metal implant devices were involved in two recalls. A large settlement was agreed upon in a private agreement between the company and plaintiffs that is estimated to be $1 billion.

Wright Medical, which no longer manufactures hip implants, agreed to two separate settlements brought by about 2,000 plaintiffs. The company’s settlement payout was $330 million in total.

Smith & Nephew issued a recall of a metal liner used in metal hip implants after hundreds of patients complained of pain and other issues. Patients had to undergo revision surgery due to corrosion, wear, and metal toxicity.

Despite there being many settlements already, defective medical device lawyers like Morris handle each case individually, so a particular patient’s recovery is not tied to the values arrived at in a multi-district litigation (MDL). “We evaluate each case on its own merits and prepare the case for trial,” says Morris. “If a settlement occurs and that is the desire of our client, then we ensure that the process is fair and reasonable.” Morris urges persons with metal hip implants to contact a competent lawyer who is experienced in handling medical device claims and can guide them down the correct path to a fair and reasonable recovery.

On average, the cost for a hip replacement in the US is around $32,000. Other legal damages such as pain and suffering can raise the value of such a case significantly.