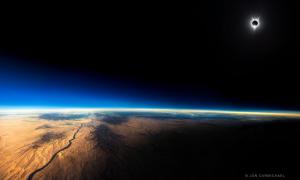 The Most Amazing Photo of an Eclipse Ever Taken Entitled “108” 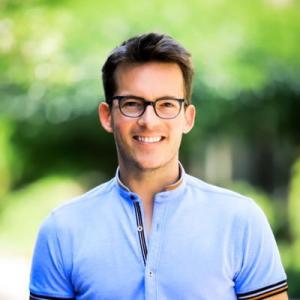 The Stars Are Aligning for Jon Carmichael

First gay man, to go to space? I certainly can relate to that dream! Jon’s story is truly inspired…”
— George Takei, LGBT activist

CAPE CANAVERAL, FL, USA, April 1, 2021 /EINPresswire.com/ — Yes, GayTravel.com was behind a space-oriented April Fool’s joke when they announced yesterday that LGBT+ travelers could soon be among the first to make reservations at the first hotel in space.

But what’s no joke is that as early as 2023, astronomy photographer Jon Carmichael could be the first openly gay man to travel to space!

Jon is most well-known and has received international acclaim for his incredible photograph of the Great Solar Eclipse of 2017 entitled “108,” which Jon shot from a Southwest Airlines flight timed to be in the exact spot, at the precise time, to capture a total solar eclipse and the shadow on the ground below.

“I was immediately struck by Jon’s photo. But, like most things, the story behind it was awe-inspiring. So excited for the world to hear it and be reminded of that moment we were all looking at the sky together.” — Jack Dorsey, CEO Twitter

Scheduled for 2023, SpaceX, a rocket developed by Elon Musk, will carry its passengers on a week-long journey past the moon, further away from earth than anyone has ever gone before, then return home. Musk made eight seats onboard available for sale.

In 2018, Japanese fashion entrepreneur and billionaire Yusaku Maezawa (aka MZ), who always wanted to see the earth from the moon, purchased all of those available seats.

MZ is also a globally renowned art collector who believes that art can promote world peace.

The genesis of the dearMoon Project was predicated upon MZ’s desire to bring eight (8) talented civilian artists to travel with him.

As a sport pilot and astronomy photographer who, just like MZ, had always wondered what it would be like to view the earth from the moon, Jon Carmichael applied for this opportunity to make his dream come true.

Jon Carmichael has made it through the 3rd step in the selection process, and there’s early buzz that he might prevail as one of the finalists, but Jon is trying not to set his hopes too high.

For Jon, there are many challenges still to come, including final selections, medical check-ups, and rigorous training.

GayTravel.com, along with LGBT+ travelers everywhere, will follow and root for Jon on this fantastic journey.

“First gay man, to go to space? I certainly can relate to that dream! Jon’s story is truly inspired…” tweeted George Takei, LGBT activist. Takei is best known for his role as Hikuru Sulu, helmsman of the Starship Enterprise in the television series Star Trek.

“It’s as if there is a cosmic force that continues to attract great, positive energy and people into Jon’s orbit,” says Steve Rohrlick, Chief Visionary Officer of GayTravel.

To be kept informed and help support Jon on his quest to be the first openly gay man in space. Please sign up for updates and breaking news.

To read more about this stellar story, click here.

About Jon Carmichael:
Jon Carmichael is a speaker, sport pilot, and self-taught astronomy photography artist whose career started at age 20, and he quickly became one of the youngest high-profile photographers in the world. Jon has worked with President Barack Obama, Lady Gaga, and the Dalai Lama.

GayTravel’s vision is a world where the global gay community can travel safely without prejudice, hate, or discrimination.

GayTravel’s mission is to inspire and connect LGBT+ travelers with select destinations, accommodations, and companies that share our vision of diversity and inclusiveness. For over two decades, GayTravel has encouraged travel and harnessed the buying power of the LGBT+ travel community and their allies to change attitudes, lives, and ultimately, the world in which we live. GayTravel believes that travel is fatal to prejudice and brings diverse peoples and cultures together.