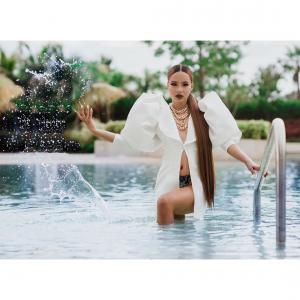 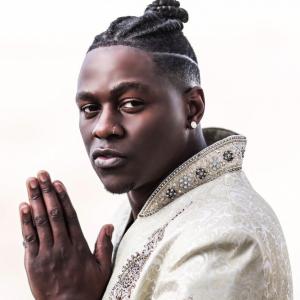 The tune is now available on all streaming services and is already proving to be just what the doctor ordered for the COVID-weary masses as it racks up listeners by the thousands. It’s the second release from Algieri’s U.S. and English-language debut EP, that is fittingly titled, The Elements – with the first being I’m Water. And just like the diverse roots of its vocalists and writer/producer, Fire Vibration is a fierce mix in its own right. It comprises Haitian kompa, Afrobeat and Carribean zouk for a polyrhythmic medley of powerful and complimentary percussion, guitars, horns and a syncopated baseline.

Yet, the magic behind the melody is unquestionably the people. Altieri is a household word in Haiti where she has appeared on television and received dozens of accolades including Artist of the Year from Ticket Magazine. Meaku on the other hand is probably best known for his rich vocals and last year’s Underwater album, which earned him a Grammy nom for Best Dance album. And rounding out the group is internationally acclaimed DJ, producer and songwriter, Muks, who penned and produced the hit. Muks is a Grammy Voting and screening board member, best known for his eclectic slant and mashups of popular hits with classic favorites. He is also the producer of Altieri’s EP.

“I am so grateful for the warm reception from American fans to the singles we have released so far. It reinforces to me that we can all unite, regardless of where we are from, when it comes to music,” said Altieri. “I am especially proud of Fire Vibration because it provides a steamy escape from all the troubles in the world today.”

Yet, the only thing steamier than the song itself is the music video for Fire Vibration. It opens with Altieri, and Meaku, with their unmistakable chemistry, entering the picture aboard a fire engine with sirens blazing. And it only gets better from there. It even includes a cameo from comedian and Coming 2 America actor, Michael Blackson.

To get an eye- and earful of Fire Vibration, head to YouTube today and stream the song on any streaming platform. For more information about Fatima Altieri, go to www.fatimaaltieri.com or @fatiful on Instagram.