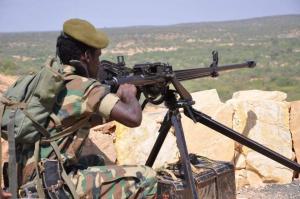 WASHINGTON, D.C., UNITED STATES, April 6, 2021 /EINPresswire.com/ — Von Batten-Montague-York is opposing all suggestions and recommendations pertaining to Ethiopian government participation in any independent investigation into alleged war crimes and human rights abuses committed against civilians in Tigray by Ethiopian and Eritrean military forces. The daily reports of atrocities committed by Ethiopian and Eritrean military forces require a truly independent investigation by the United Nations with full support and active participation by the United States and the European Union.

Among other important provisions, Senate Resolution 97 calls for the Ethiopian government to “cooperate with, independent and transparent investigations of any alleged human rights abuses committed in the course of the conflict in the Tigray Region and other conflicts across Ethiopia, and hold perpetrators to account in a credible process.” Von Batten-Montague-York is working to ensure that this language is not watered down and similar language is noted in any future House resolution.

As recently noted by Secretary of State Blinken, acts of ethnic cleansing are being committed in Tigray. Americans are watching in shock and horror as numerous reports and videos of Ethiopian-backed military forces executing civilians in Tigray come to light. Von Batten-Montague-York will continue to advocate before Congress on the need to ensure that both the Senate and House resolutions are strong and forceful in their condemnation of the atrocities committed against civilians in Tigray by Ethiopian and Eritrean Forces. The firm will also continue to push for punitive measures against the Ethiopian and Eritrean governments for the crimes committed in Tigray. The push for justice for the murdered, raped, and abused civilians in Tigray will not simply vanish because Ethiopian and Eritrean forces decided to hide the bodies and one day march out of Tigray as if nothing happened.

For all inquiries relating to this press release, please contact: