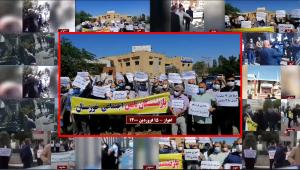 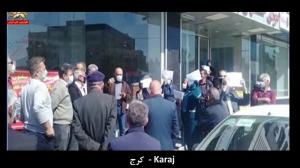 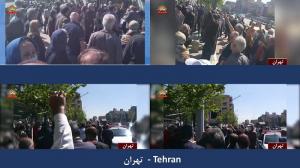 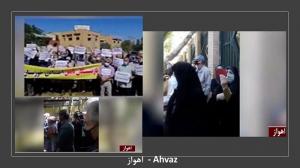 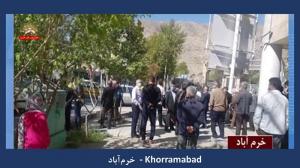 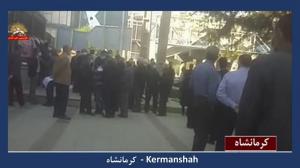 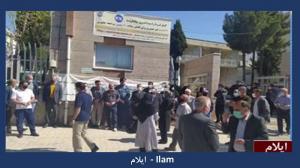 Maryam Rajavi: Protests by retirees and their calls for the sham election boycott reflects the determination of all Iranians to obtain their pillaged rights

Threats and crackdown are no longer effective, We have not seen any justice, we will no longer vote”
— Retirees Chanting

On Sunday, April 4, 2021, in their first nationwide protest gathering in the new Iranian year, enraged retirees and pensioners staged gatherings in Tehran and 22 other cities in protest against their dire living conditions, low salaries, and mind-boggling prices.

Mrs. Maryam Rajavi, the President-elect of the National Council of Resistance of Iran (NCRI), said in this regard: The protests by the dignified retirees recurring nationwide with the chants to boycott the sham (presidential) election, reflects the cries of protests by all Iranians to obtain their pillaged rights by the mullahs’ usurper and corrupt regime. This regime has been squandering the national wealth and the fruit of workers’ labor through plunder, warmongering, nuclear and missile programs, and domestic suppression. Mrs. Rajavi urged all Iranians, especially the valiant youths, to show solidarity with and support the retirees’ rightful demands. She added that until the mullahs’ dictatorship remains in power, unemployment, inflation, corruption, injustice, and class differences will exacerbate.