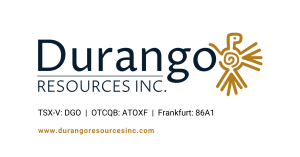 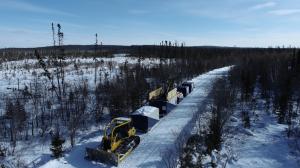 The recent discovery of native silver is an indication that the current drilling may be near the top of a hydrothermal system- we are now drilling deeper to reach an area where gold may be expected.”
— Marcy Kiesman

The junior mining companies have received increased financing since 2019 owing to diminishing above-ground gold supply, but the recent turnaround in the gold spot price has highlighted that these companies possess untapped growth potential.

As of March 4th 2021, CA metals & mining market grew by +28.2% over 12 months. Over the same period BonTerra retreated -17.3% and Osisko -12.6%, while Durango pulled ahead of the wider market to return +38.5% to its shareholders. Share price movement in-line with the gold price reversal suggests little upside potential outside of the main gold trend, and investors might be better off buying bullion or ETFs than a company that tracks the spot trend.

Osisko has already passed the PEA stage: Reporting positive drill results in July 2018, coinciding with an influx of large-scale investment and the beginning of a bull-run in its share price lasting around 12 months. Currently, Osisko trades at CA$2.87; a reasonable valuation considering the company is still delineating its albeit large resource.

BonTerra experienced similar in 2017 with the extension of its Gladiator deposit, attracting major private placements and seeing the share price almost triple before the end of the year. BonTerra’s share price sits at CA$1.10 as of March 4th, which for now seems justified on the basis that the company’s land package and grades are significantly smaller than Osisko’s.

Durango (TSX: DGO) is just beginning to release results from its drill targets, some just meters away from Osisko’s highest priorities. The positive trend in its share price suggests that retail investors are excited by the prospect of further discovery at Windfall, and at only CA$0.09, represents the highest near-term upside potential of the three.

While Osisko and BonTerra have substantial works ahead to achieve a PFS and PEA respectively, Durango is fully permitted for the current drill program and should be steadily releasing assays in the coming months.

Should the company strike gold during the present drill program, it would prove that Durango’s Windfall project shares the same structural geology as its neighbors, almost certain to prompt strong positive movement in the share price.

<<<CLICK TO INVEST IN DURANGO>>>
<<<FOR THEIR LATEST PRESENTATION>>>