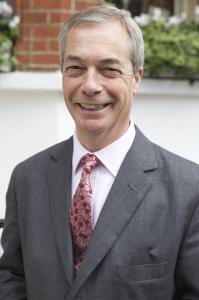 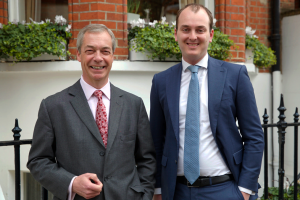 Dutch Green Business Group NV (Euronext: DGB, “DGB” or “the Group”) announces today the appointment of Nigel Farage to its Advisory Board with immediate effect.

I know I can make a real difference to the speed and progress of this ambitious business which is delivering unique free market, nature based solutions.”
— Nigel Farage

HARDENBERG, OVERIJSSEL, NEDERLAND, March 28, 2021 /EINPresswire.com/ — This is the first independent commercial role he has taken since stepping back from front line politics at the end of 2020.

As advisor and general council to the Board of Directors, Nigel’s role is to facilitate introductions to politicians and business leaders in the UK and around the world. Acting as a spokesperson for the business Nigel will help in bringing DGB’s focus on promoting nature conservation utilising innovative carbon offsetting schemes to the attention of the public, investors, governments and other stakeholders.

Besides the Advisory Board, of which Nigel Farage is the first member, DGB also has a technical investment committee consisting of forest management experts who appraise new projects and initiatives being considered by the Group.

Known as a prominent Eurosceptic in the UK since the early 1990s, Nigel Farage campaigned for the UK’s withdrawal from the European Union. He was a founding member of the UK Independence Party (UKIP) and served as Leader of UKIP from 2006 to 2009 and from 2010 to 2016. He then went on to be Leader of the Brexit Party from 2019 to 2021. Nigel also served as Member of the European Parliament (MEP) for South East England from 1999 until the UK’s exit from the EU in 2020.

After leaving school in 1982, Nigel Farage started his career in the City of London, trading commodities at the London Metal Exchange. Prior to moving into the political arena full time in 1993, he spent over a decade at a variety of commodities brokerage firms in the City developing a close interest in business and finance; it is here that he appreciated how interlinked politics is with the commercial world.

Commenting on his appointment, Nigel Farage said: “I am very excited to be joining DGB who are on a mission to save our forests, plant millions of trees and harness the burgeoning carbon offset market which is rapidly transforming the financial dynamics of the green arena. I know I can make a real difference to the speed and progress of this ambitious business which is delivering unique free market, nature based solutions.”

Selwyn Duijvestijn, Chief Executive of DGB Group said: “Without doubt Nigel has been one of the most impactful politicians of the last twenty years, generating change and traction with the public and governments alike. We have not engaged Nigel for his political contacts.  We have brought him in because of his unique abilities to communicate relevant ideas to a global audience.”

DGB’s vision is to be a leading high-impact investor in sustainably managed forests by providing competitive real investment returns for shareholders combined with high social impact. DGB is underpinned by the value of the carbon offsets it is generating and the inherent asset value of the underlying land in which it is investing. DGB plans to reforest the world’s land at scale and bring back nature where it cannot return unaided. DGB’s strategy is focused on the following: