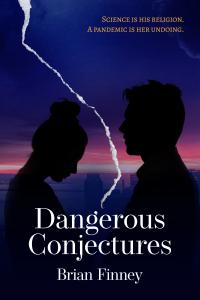 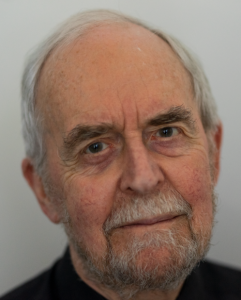 Set in the unprecedented year of 2020, Dangerous Conjectures presents a paradoxical version of reality that is bitingly close to our current world’s actuality.

In this self-contained cyber-world facts were irrelevant. Or rather, converted to additional evidence that the deep state was the enemy of right-thinking (and Right-thinking) Americans.”
— Brian Finney, Dangerous Conjectures

LOS ANGELES, CA, UNITED STATES, March 25, 2021 /EINPresswire.com/ — Dangerous Conjectures is a psychological drama set in California’s Bay Area, during the beginning of the pandemic: a suspenseful tale of indiscretions, betrayals, and the rise of outlandish conspiracy theories. Written by professor and novelist Brian Finney, winner of the James Tait Black Memorial Prize, Dangerous Conjectures will be available as a paperback, e-book, and audiobook in the U.S., on March 25, 2021.

Brian Finney writes a searing tale probing the damage of misinformation in general, and specifically the rise of QAnon and its affinity with Trump’s America. Dangerous Conjectures is a story of love, belonging, and loyalty, as much as a satirical novel of ideas.

In Dangerous Conjectures, computer scientist and professor Adam Gosford cannot understand the sudden popularity of the widespread conspiracy theories popularized by the president and proliferated by the algorithms of the internet. Adam decides to investigate one conspiracy theory in particular—QAnon. His findings set him unraveling a deeply troubling mystery that takes him into the depths of the dark web, where supporters connected to the White House conspire to subvert the impending presidential election. Meanwhile, his wife, Julia, who works at the ACLU, is petrified by the Coronavirus outbreak, which makes her susceptible to the fake online cures that Adam detests.

As the couple’s respective grasps on reality continue to wane, they hide important secrets from each other, leading to the Gosford’s Silicon Valley bubble’s demise. Paralleling their personal trials, the contagion of Coronavirus and misinformation spread rampantly throughout the world.

Set in the unprecedented year of 2020, Dangerous Conjectures presents a paradoxical version of reality that is bitingly close to our current world’s actuality. This compelling tale provokes readers’ better judgment, actions, and responsibilities as we continue as a society to try and make sense of what has become our “new normal.” Called “disturbing and prescient” by author David Peck, Dangerous Conjectures is a novel that unapologetically demands the reader’s attention.

ABOUT THE BOOK
Dangerous Conjectures is available in ebook, paperback, and audiobook formats, as of March 25, 2021.

ABOUT THE AUTHOR
Brian Finney has published seven nonfiction books and two novels. Money Matters (2019), his debut suspense novel, was a finalist for the American Fiction Awards in the Best New Fiction category. His writings have appeared in The Los Angeles Review of Books, The New York Times Book Review, The Los Angeles Times, The LA Weekly, The Irish Times, The Chicago Tribune, The San Francisco Chronicle and numerous other journals and anthologies. In his former life he was a literature professor in London University and several universities in Southern California. He currently resides in Venice, CA. More information on the author and Dangerous Conjectures can be found at www.bhfinney.com.

REVIEW COPIES AND MEDIA INTERVIEWS
To request a review copy of Dangerous Conjectures or to schedule an interview with Brian Finney, contact publicist Nanda Dyssou of Coriolis Company at nanda@corioliscompany.com or 424-226-6148.