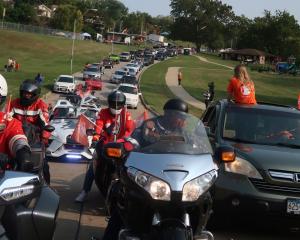 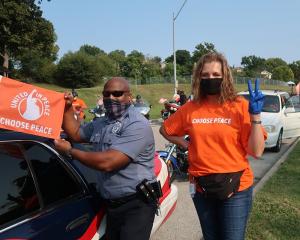 Kansas City groups come together to work for change and end the violence as homicides now outpace 2020 numbers.

KANSAS CITY, MISSOURI, UNITED STATES, March 26, 2021 /EINPresswire.com/ — Saturday, March 27, cars, motorcycles, SUVs, trucks, and show cars will begin lining up along Spring Valley Park Road off 29th Street at 2 p.m for the 3rd Kansas City United in Peace Ride and Rally. The rally and entertainment begins at 3 and will continue as riders take off at 3:30 on a route that brings them through the city and back to the park for more entertainment.

The free event will continue until 6 p.m. Anyone wanting a more peaceful Kansas City is invited to join the movement and help work toward positive solutions.

“We are working to create a movement of action and hope in the city,” says Bennette Seaman, spokesperson for the Church of Scientology of Kansas City. “Too many people are being killed. In most cases, these senseless deaths begin with a disagreement. As a community, we have to reach out and help others find a better way to resolve their differences. Conflicts should not result in such a tragic end.”

The centerpiece of the Peace Ride is The Way to Happiness, the common-sense moral code written by humanitarian L. Ron Hubbard. The booklet promotes positive change and leads the way to a better, more peaceful life.

United in Peace is a multiethnic, multifaith popular movement that unites diverse communities to work together to bring peace to inner cities. Law enforcement and government leaders have recognized and acknowledged a reduction in violence and crime rates in neighborhoods touched by the Peace Rides. In Compton, California, the mayor and city council said, “the presence of the Peace Rides in the City of Compton not only inspired residents to come together in the name of peace, but each ride has also immediately preceded statistical drops in crime.”

The Way to Happiness Foundation is a secular charitable organization, coordinated by the Association for Better Living and Education (ABLE), an organization dedicated to resolving the major societal ills of drugs, crime, illiteracy and immorality. The Church of Scientology and its parishioners proudly sponsor ABLE and its social betterment groups.

For more information on the Peace Rides, watch an episode of Voices for Humanity on the Scientology Network documenting how Minister Tony Muhammad uses these rides to build a peace movement among notorious warring gangs in South Los Angeles.