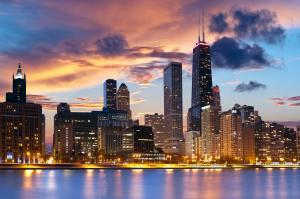 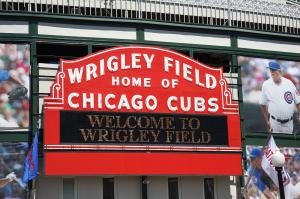 Wrigley Field….Home of the Chicago Cubs

Chicago.net is the best available digital real estate for Chicago, and is primed to become a true City portal for anything and everything related to Chicago. The monetization potential is enormous.”
— Fred Mercaldo, CEO of Geocentric Media

SCOTTSDALE, AZ, UNITED STATES, March 29, 2021 /EINPresswire.com/ — Geocentric Media, Inc is pleased to announce the exclusive brokerage for one of the most valuable “digital real estate addresses” available today for the great city of Chicago.

With 2.7M residents, and a metropolitan area with 9.4M residents, Chicago is the third largest city in the US. It is an international hub for the finance, culture, commerce, education, technology, telecommunications, architecture, and transportation industries.

Travel and Tourism? Over 58M tourists each year visit Chicago, contributing over $14B to Chicago’s economy.

Fred Mercaldo, CEO of Geocentric Media, Inc states, “Having spent 15 years as a resident of Chicago, I know first-hand the opportunities that exist for the development and monetization of Chicago.net. With the .com version of Chicago presently being developed by the Chicago Community Trust as a philanthropic resource for local communities, Chicago.net is now the best available digital real estate for the Chicago market, and is primed to become a true City portal for anything and everything related to Chicago. The monetization potential is enormous, and this asset is priced at a fraction of what the .com would presently demand. I personally look forward to assisting my client in finding the right buyer for this exceptional name and opportunity.”

Chicago is a major world financial center, with the second-largest central business district in the United States. The city is the seat of the Federal Reserve Bank of Chicago, the Bank’s Seventh District. The city has major financial and futures exchanges, including the Chicago Stock Exchange, the Chicago Board Options Exchange (CBOE), and the Chicago Mercantile Exchange (the “Merc”), which is owned, along with the Chicago Board of Trade (CBOT) by Chicago’s CME Group. In 2017, Chicago exchanges traded 4.7 billion derivatives with a face value of over one quadrillion dollars. Chase Bank has its commercial and retail banking headquarters in Chicago’s Chase Tower. Academically, Chicago has been influential through the Chicago school of economics, which fielded some 12 Nobel Prize winners.

Jazz, Blues, Soul, Hip-Hop, Gospel and many more varieties of music abound in many incredible venues throughout the city.

Chicago is famous for its outdoor public art with donors establishing funding for such art as far back as Benjamin Ferguson’s 1905 trust. A number of Chicago’s public art works are by modern figurative artists. Among these are Chagall’s Four Seasons; the Chicago Picasso; Miro’s Chicago; Calder’s Flamingo; Oldenburg’s Batcolumn; Moore’s Large Interior Form, 1953-54, Man Enters the Cosmos and Nuclear Energy; Dubuffet’s Monument with Standing Beast, Abakanowicz’s Agora; and, Anish Kapoor’s Cloud Gate which has become an icon of the city. Some events which shaped the city’s history have also been memorialized by art works, including the Great Northern Migration (Saar) and the centennial of statehood for Illinois. Finally, two fountains near the Loop also function as monumental works of art: Plensa’s Crown Fountain as well as Burnham and Bennett’s Buckingham Fountain.

Robb Report named Chicago the country’s “most exceptional dining destination” and Maxim awarded Chicago the title of “Tastiest City.” Deep Dish Pizza, Chicago Hot Dogs, combined with some of the best steakhouses and gourmet restaurants along with most all international food cuisines represented, Chicago has one of the best dining experiences available anywhere.

Serious inquiries should be immediately communicated to Mercaldo at Info@GeocentricMedia.com.