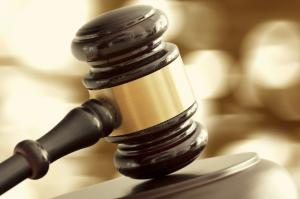 Before the Texas Supreme Court decided the case of Barbara Technologies Corp. v. State Farm Lloyds, 589 S.W.3d 806 (Tex. 2019), insurance companies could avoid all damages, including TPPCA damages, by simply invoking appraisal and paying the resulting appraisal award. This situation was patently unfair to policyholders because the typical fact pattern was that an insurer would make a low initial claim payment, the policyholder would file suit, and during litigation (months or years after the date of loss) the insurance company would invoke appraisal and then pay the resulting award…an award that was always substantially more than the initial claim payment. The insurance company would then file a motion for summary judgment and get the policyholder’s entire case dismissed, including 18% interest under the TPPCA and attorney fees. However, Barbara Technologies held that an insurer may not avoid TPPCA damages by simply paying an appraisal award. Not surprisingly, the insurance industry quickly tried to find ways around Barbara Technologies. Using a portion of a string cite in the 5th Circuit case of Mainali Corp. v. Covington Specialty Insurance Co. 872 F.3d 255, 259 (5th Cir. 2017), insurance companies argued that as long as the initial claim payment was “reasonable” then even if the appraisal award ended up being much higher than the initial claim payment, policyholders were still unable to pursue TPPCA damages against the insurance company. For example, in the case of Shin v. Allstate Texas Lloyds, No. 4:18-CV-01784, 2019 WL 4170259, at *2 (S.D. Tex. September 3, 2019) Allstate argued and the court held that an initial claim payment that was 5.6 times less than the ultimate appraisal award was still “reasonable” and the court granted summary judgment for Allstate, which eliminated the policyholder’s damages under the TPPCA.

Thanks to the Chad T. Wilson Law Firm, the Texas Supreme Court closed the door on this ridiculous “reasonable” claim payment argument. Louis Hinojos is a homeowner in El Paso, Texas who purchased an insurance policy from State Farm Lloyds. On June 3, 2013 the Hinojos home was hit by a severe wind and hailstorm. Hinojos filed a claim with State Farm. State Farm timely accepted the claim and investigated it. The outcome of its initial adjustment of the claim was State Farm agreed to $755.02 in property damage, but because Hinojos had a $1,290 deductible, State Farm paid nothing. Hinojos requested a second inspection and State Farm agreed to $3,859.22 in damages then but paid $1,995.11 after the subtracting depreciation and the $1,290 deductible. Not satisfied with this result, Hinojos hired the Chad T. Wilson Law Firm and suit was filed. Some fifteen months after suit was filed State Farm invoked appraisal. The appraisal award came in at $38,269.95 replacement cost value and $26,259.86 actual cash value in property damage. State Farm paid $22,974.75 on the award, which was the replacement cost value minus depreciation, the deductible, and the prior payment. This payment was made some two and one-half years after Hinojos submitted his claim. After payment on the award, State Farm filed a motion for summary judgment arguing that timely payment of the award precluded Hinojos’ TPPCA damages. The Chad T. Wilson Law Firm argued that State Farm was subject to liability because State Farm had not made any payments within the timelines set out in Section 542.057 or that State Farm was liable for interest on the difference between what State Farm had paid on the claim and the amount of the appraisal award. The trial court granted summary judgment against Hinojos and the court of appeals affirmed two and a half years later. The Texas Supreme Court granted review.

Reaffirming its holdings in Barbara Technologies and Alvarez v. State Farm Lloyds, 601 S.W.3d 781 (Tex. 2020) (per curium) the Hinojos Court held that State Farm paying the Hinojos appraisal award did not preclude Hinojos from pursuing TPPCA damages against State Farm. Better still, the Court went further. Recognizing that insurance companies could initially make a nominal payment toward a valid claim and avoid TPPCA damages by later paying an appraisal award, the Hinojos Court held that to be reasonable the initial claim payment must “roughly correspond to the amount owed on the claim.” Therefore, in the future when an appraisal award comes in several times higher than the initial claim payment, the policyholder can sue for TPPCA damages on the difference between the initial claim payment and the amount of the award. Not only will this opinion allow policyholders to secure TPPCA damages for underpaid claims after appraisal, it should incentivize insurance companies to make valid claim payments at the inception of the claim.