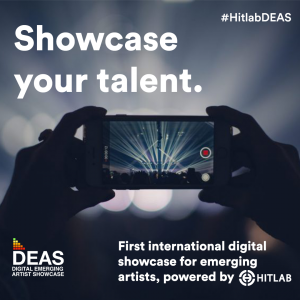 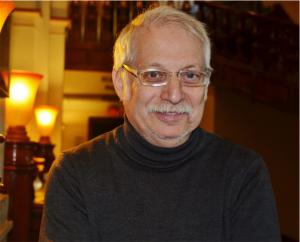 MONTREAL, CANADA, March 24, 2021 /EINPresswire.com/ — HITLAB Inc., a digital media company and global leader of innovative AI-driven technology, has launched its unique talent discovery vehicle, the Digital Emerging Artist Showcase (DEAS), in partnership with TRACE, a global multi-platform media and entertainment company for Afro Urban entertainment and youth empowerment with 350 million fans, and Boomplay the number one streaming and download service in Africa with over 95 million unique users worldwide. DEAS is being introduced in four regions in Africa initially, with plans for continuous roll out to additional markets and regions around the world over the course of the year.

DEAS provides the music industry with a radically new forum for discovering uncharted pools of talent and offers emerging artists an opportunity to be seen, to be heard, and to be signed by a major music label. There is also the possibility of having their music receive significant airplay, streamed on major platforms, and downloaded by millions of fans around the world.

DNA references a historical database comprised of millions of successful and failed songs, based on the past ten years of tracking on Billboard‘s top 100 charts in all categories, to identify the ones with the most potential for success within certain target markets.

Hitlab’s R&D division has made significant enhancements to the technology to enable the most effective analysis and evaluation of an artists’ musical creation.

On this initial outing Hitlab, through its partnership with TRACE and Boomplay is hoping to attract close to several million participants, music fans, and technophiles eager to see just how the company is revolutionizing the way content is discovered.

To submit your song, visit https//deas.hitlab.com. The submission process is opened through September 2021.

About HITLAB (A Digital and Media Entertainment Company)
HITLAB is a digital media & entertainment company that is revolutionizing the way cultural content is discovered, produced, and consumed. Using patented AI technology and innovative software developed in-house, to connect, engage and create strong interactions between consumers and brands. The company has a growing list of well-established national and global relationships with creative professionals, record companies, publishers, executives, producers, managers, media outlets, venues, and promoters.