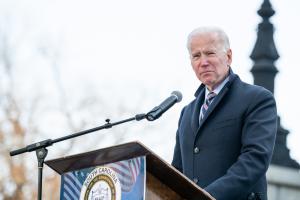 President Biden wants to improve American infrastructure, and he’s looking to American corporations to fund their share of the cost. 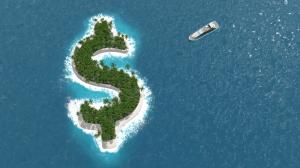 Tax havens have been popular destinations for big business and the wealthy for decades. But with the IMF and several national governments discussing minimum corporate taxes, perhaps the end is near for these havens?

The Biden Administration and other politicians / organizations from around the world are looking to regulate tax havens and ensure corporations pay their share.

“Our tax revenues are already at their lowest levels in generations, and as they continue to drop lower we will have less money to invest in roads, bridges, broadband and R&D.” ”
— Janet Yellen

NEW YORK CITY, NEW YORK, UNITED STATES, April 8, 2021 /EINPresswire.com/ — President Joe Biden plans on increasing corporate tax levels upwards, from their current level of 21% to 28%. As expected, corporations and those who are often backed by them (lobbyists and politicians from both isles) are outraged. Biden’s justification for an increase in corporate tax levels is based on the need to fund his American infrastructure plan. The plan looks to build, repair, and modernize transportation and improve other daily necessities for millions of Americans. Essentially, President Biden is asking for large, wealthy, and successful corporations to help fund his vision for the United States of tomorrow.

Biden’s request is not at all strange or abnormal, despite what Republican rivals or corporate critics claim. The reality is, all around the world countries need to find ways to generate government revenue. Such revenue can then be used for public spending (ideally speaking, though political corruption sometimes does otherwise). Such spending can include things such as infrastructure work, social spending, welfare, healthcare, education, military spending, park works, any form of public spending. This sentiment has not been more true given the cost of the COVID-19 pandemic on people and countries around the world.

For example, governments such as Canada and the United States have issued cheques to citizens in order to combat job loss and wage reduction given lockdown restrictions. This money needs to be recouped somehow, and often taxes are the primary way of doing so. Taxes apply to everyone, the poor, the middle class, and the wealthy. What is often the topic of debate is equality and equity regarding taxes. Should everyone pay the same tax rate, or should those with more wealth or less wealth be taxed accordingly?

According to President Biden, the answer seems to be the latter format, taxing citizens and businesses in accordance with their level of wealth. This answer is reverberated by most politicians and governments across the world. The issue is, not all governments and politicians. The discrepancy between political and economic ideologies concerning taxes gave birth to tax havens. Tax havens are defined as “an offshore country that offers foreign individuals and businesses little or no tax liability in a politically and economically static environment.”

Many corporations, businesses, or wealthy individuals in general have succeeded in reincorporating their wealth in such tax havens, allowing them to neglect their responsibility to pay taxes. This leads to their home countries languishing and often relying on poor or middle class workers to fund the bulk of governmental expense. Typically, arguments which favour higher taxes on the wealthy and on corporations rely on the idea that such individuals and businesses rely on their home nations and citizenry to generate their wealth and as such they should be obligated to pay taxes in return. If Nike relies on American consumers to form their revenue base and success, Nike should pay its fair share in taxes back to Americans and their economy / government.

For decades, the wealthy and big businesses have shirked away from their “responsibilities” to pay their share in taxes by utilizing offshore tax havens. Though Swiss bank accounts or by using dummy corporations in the Caribbean, tax havens have worked well for such individuals and corporations.

However, Treasury Secretary of the United States Janet Yellen, in addition to economists, politicians, and business leaders (such as Warren Buffet) have decided to combat the use of tax havens via a proposed global operation. The idea is to implement global corporate tax minimums. If implemented, such tax minimums would prevent huge discrepancies between the corporate tax levels of one nation against another. For context, Ireland has a corporate tax rate of roughly 12%, making it an inviting place for US corporations to store their profits (in comparison to the current US corporate tax level of 21%, soon to be 28%).

Global corporate tax minimums would prevent multinational corporations from escaping the responsibility of paying taxes, or at least greatly lessen their ability to do so. International organizations such as the IMF are on board, agreeing with both Treasury Secretary Yellen and President Biden that action should be taken. If corporations pay their fair share in tax revenue, vast improvements in people’s quality of life, at the expense of government spending is possible.

Want to learn more? Visit us at The Financial News to get the latest on market news, stock movements, economic policy, and more from the world of finance.

Written by Nico Minardi of Mrkt360.