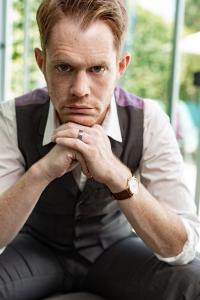 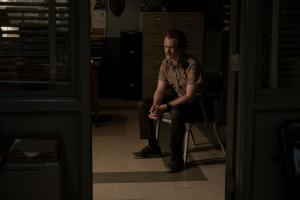 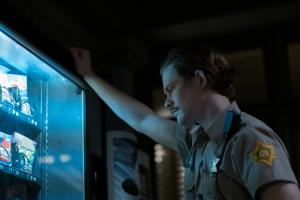 The 24th installment titled ‘BLOOD MOON’, follows Esme and her 10-year-old son, Luna, who move to a small desert town looking for a fresh start, but soon attract all the wrong kinds of attention. As the locals begin to probe, Esme must battle to protect her son and a terrifying secret before the next full moon threatens their very existence. Norris emerges as ‘Deputy Hammond’, a local law enforcement official, who gets caught up in the dark and twisted tale tied to the Spring Full Moon.

Directed by Emma Tammi and written by Adam Mason and Simon Boyes, Norris appears in the story alongside Megalyn Echikunwoke, Gareth Williams and young actor Yonas Kibreab. Norris shares, “I started acting professionally in the Bay Area when I was a kid. My first role was on Nash Bridges playing a kid who was falling into the wrong crowd and Nash set me straight. I remember how exciting and fun being on set felt, and how fun it was working with all of the adults. Now, here I am playing the cop on a show with a young kid. It was so nostalgic and fulfilling to work with him.”

Coming soon, Norris can be seen starring in the black-and-white Hitchcock-style indie thriller feature film Much Goes Up in Flames; and in a supporting role for the musical mockumentary webseries Pretty On Pitch.

Up next, Norris premieres all-new Season 2 episodes as the creator and host of the insightful podcast Industry Town, kicking-off with special guest Lukas Gage from Euphoria. The show features candid, in-depth interviews with working professionals from all areas of the entertainment business.

Audiences will recognize Norris from his recurring role as the tech visionary ‘Elliot’ in the final season of AMC’s acclaimed Halt and Catch Fire. Prior to this, he served up attitude to A-listers as ‘Hunter’ in DirecTV’s, Full Circle, from playwright/filmmaker Neil LaBute. His notable film and TV credits also include roles on Masters of Sex, Longmire, iZombie, Castle, Mad Men, Awake, Community, Lie to Me, A Thousand Words with Eddie Murphy and many more.

In addition to his acting projects, Norris also directed the upcoming black comedy short film Square, about two hitmen who reach a moral quandary while disposing of a body. Previously, he directed and produced the dramatic short Nothing Personal.

This Northern California native made his way south to study Theater, Film and Television at the University of California Los Angeles. In 2012, Norris earned an LA Weekly Award nomination for ‘Best Actor’ for his starring role as Jimmy Swan in the world premiere of Samuel Brett Williams’ “The Woodpecker” at Studio/Stage Theater in Hollywood.