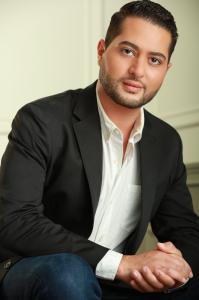 Aspiring actors break into the Hollywood entertainment industry with both acting and career guidance from industry VIP’s in a special program by Walid Chaya.

Walid Chaya is an acting expert. His program “The Active Actor™” has helped transform the careers of many aspiring actors.”
— Michael O’Sullivan

Participation requires an application for approval to attend the semester-long program. This program is the only one of its kind that aims to “Elevate Your Craft & Career™,” focusing on both the actor’s performance as well as business skills.

Interested actors can learn more and apply at https://walidchaya.com/theactiveactor

The Active Actor™ is available virtually and at Walid’s studio in Los Angeles with constant career support from Walid and special guest speakers from image consultants to talent and business professionals. In addition to a weekly scene study, participants have exclusive access to Walid’s monthly business webinars with topics on marketing and money. The all-inclusive package also provides actors a showcase opportunity to meet and perform for a diverse panel of pro’s including producers, directors, casting, agents and managers.

Find resources for actors, including free webinars and masterclasses taught by VIP’s, at http://studioforperformingarts.com

Walid Chaya is a name to remember. Walid is an Award-Winning Actor and Director and the founder of Studio For Performing Arts LA and Moonlit Wings Productions. As an actor, Walid can be seen on TV in “Madam Secretary” (CBS), “Blacklist: Redemption” (NBC), “The Looming Tower” (Hulu), the feature “Skin” (A24) directed by Oscar-Winner Guy Nattiv, and more. He wrote, directed and starred in “Driving Ms. Saudi”, which is currently screening worldwide and won Best Short Film in Dubai’s prestigious WOW Mid-East Film Fair and Silver Metal for Best Comedy Short at the Asia South East-Short Film Festival.