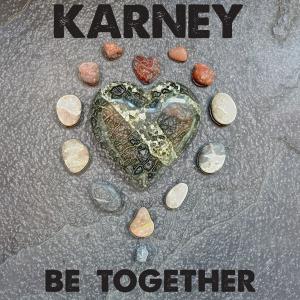 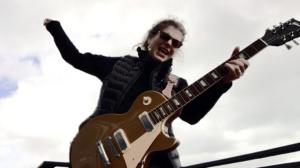 SAN FRANCISCO, CA, USA, April 8, 2021 /EINPresswire.com/ — Anna Karney has been making great music for many years, performing across the country and putting out several singles, EPs, and albums, and now with her San Francisco-based band KARNEY is set to release a new single titled “BE TOGETHER,” the first in a series of singles she will be releasing throughout 2021. Songs from her last EP release Better received stellar airplay on Triple-A and Americana radio stations, including the title track and her powerful cover of “Ramble On,” one of Karney’s favorite Led Zeppelin songs.

Keeping her mind on social justice and positive messages, Anna Karney’s lyrical content offers a sardonic and sometimes straightforward approach to many of the issues facing people today. Feelings of isolation and a troubled heart have been unavoidable throughout the past year, so how can a social justice songwriter stay inspired during these trying times? By changing the tune. Channeling her loneliness, KARNEY has penned her first love song, inspired by all the dear friends she has missed for the past year. All she really wants is to reunite and to finally “Be Together” with those she loves.

Throughout the past year it has been difficult for musicians to stay productive. In order to create the “BE TOGETHER” single, KARNEY band musicians worked from individual studios to assemble their parts and build the track. Singer/guitarist Anna Karney, bassist Kevin White (The Chuck Prophet Band), and guitarist James DePrato (The Chuck Prophet Band) all recorded tracks at their own home studios. Drummer Jeff Herrera created rough drum parts in his rehearsal studio and sent them to trumpet player Bill Ortiz (Santana, Tony Toni Tone), who then recreated them digitally. All the tracks were then sent to producer/mixer Michael Rosen, who finished the mix at his East Bay Recorders studio. Ironically, even though the single is titled “BE TOGETHER,” the musicians never were. Such has been the reality during this past year, but the band is looking forward to reuniting soon after vaccinations, with each other and most of all their fans.

Before the release of the Better EP in 2020, KARNEY released her previous album of original songs titled NO MERCY in 2018, which received broad national Radio airplay on Triple-A and Americana radio stations, and internationally as well. On that album as well as on previous releases, KARNEY has worked with producers and artists in the SF Bay Area such as Producer/engineer Mark Pistel (Michael Franti, Grace Jones, Chuck Prophet), Producer/Engineer Michael Rosen (Rancid, Tesla, Smashmouth, Santana, and Papa Roach), and Adam Munoz (Herbie Hancock, Dave Mathews, Branford Marsalis, Joshua Bell, Chester Thompson, and Lyle Lovett).

Stay on the lookout for the next KARNEY single, a cover of Neil Young’s “HEART OF GOLD” due out in May 2021!

To order or stream the “BE TOGETHER” single on digital services please visit: smarturl.it/KarneyBeTogether

To order the “BE TOGETHER” single from Bandcamp please visit: https://karney.bandcamp.com

For Press and Interview inquiries please contact Billy James of Glass Onyon PR at (828) 350-8158 or glassonyonpr@gmail.com