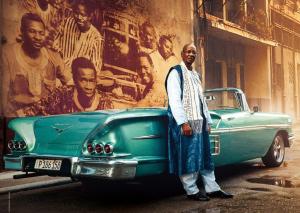 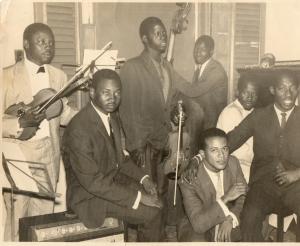 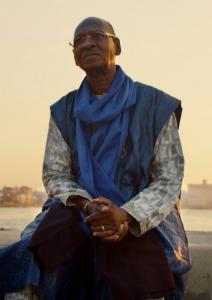 THE MALI CUBA CONNECTION is a wonderful voyage through time and space. From the Cold War period of the early sixties, right up to today, from Havana to Bamako.

Vibrant, touching, colorful, this film is a magnificent celebration of life and music.”
— Le Figaro

In the midst of the Cold War, ten young promising musicians from Mali are sent to Cuba to study music and strengthen cultural links between the two socialist countries. Combining Malian and Afro-Cuban influences, they develop a revolutionary new sound and become the iconic ensemble ‘Las Maravillas de Mali’. New Year’s Eve 2000. Richard Minier, a French music producer meets a former member of the band in Bamako and decides to bring the band back together.

The documentary film The Mali-Cuba Connection is a voyage through time and space. From the Cold War period of the early sixties, right up to today, from Havana to Bamako, out of the heart of these two vibrating cities is born the ‘SONO MONDIALE’ – the GLOBAL SOUND, leading to the creation of the very first “World Music” group – the legendary ‘MARAVILLAS DE MALI’.

The Mali-Cuba Connection was shown in multiple festivals around the world and had its US Premiere screening at the 2020 African Diaspora International Film Festival. The film had a theatrical release in France in 2020.

Over 10 US independent theaters have signed up to participate in the April 9 virtual release of The Mali-Cuba Connection in the USA and Canada.

Audiences will be able to choose which theater to support when they purchase tickets by going to https://artmattanfilms.com/malicuba. The virtual release will be followed by a digital and home-video release.

“Vibrant, touching, colorful, this film is a magnificent celebration of life and music.” ~ Le Figaro

“The only band to sing in Spanish, Bambara and French. Mingling Cuban influences and traditional Malian sounds, they define that which is now known as world music.” – Richard Minier

“From Bamako to Havana, with the help of Malian singer Salif Keïta, musician of the Super Rail Band Cheick Tidiane Seck and the widow of the group’s pianist, the two directors bring back a magnificent moment of World Music, while exploring important historical events.” ~ Le Nouvel Observateur

ABOUT ARTMATTAN FILMS
ArtMattan Films celebrates in 2021 twenty nine years of exposing US audiences to a large variety of films about the human experience of people of color in many parts of the world. Films released by ArtMattan Films include Kirikou and the Sorceress, The Tracker, Gospel Hill, Scheherazade, Tell Me a Story, The Pirogue, Tango Negro: The African Roots of Tango, White Lies, The Man Who Mends Women, The Citizen, Mama Africa: Miriam Makeba and most recently The Last Tree and Made in Bangladesh. More info at www.AfricanFilm.com