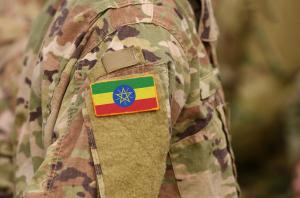 This is like Bosnia. It has been said that Ethiopians will dig up mass graves for ten years. This conflict began during the Trump Administration, but Biden is President now, and the world is watching.”
— Karl Von Batten, Managing Partner at Von Batten-Montague-York, L.C.

WASHINGTON, D.C., UNITED STATES , April 2, 2021 /EINPresswire.com/ — On April 1, 2021, the B.B.C. published a video showing Ethiopian military forces carrying out a massacre in Ethiopia’s Tigray region. The video is one of the many confirmations that Ethiopian troops are committing mass atrocities against civilians in Tigray. The shocking video showing Ethiopian military personnel executing civilians and throwing their bodies off a cliff has been republished by CNN and other news outlets worldwide. The shocking video comes as no surprise for reports of mass killings and other human rights abuses being committed by Ethiopian and Eritrean military forces against civilians in Tigray have been widely reported.

While the United States Senate has taken action by putting forward Senate Resolution 97, the Biden Administration has taken no concrete action to protect civilians in Tigray or hold the Ethiopian and Eritrean governments accountable for the crimes committed by their armed forces and militia. Senate Resolution 97 condemns the atrocities taking place in Tigray, calls for independent investigations into the killings, and demands that the perpetrators of these crimes be held accountable.

The Tigray Center for Information and Communication (T.C.I.C) calls on President Biden to follow the Senate’s lead and take action to stop the crimes being committed in Tigray. The T.C.I.C calls on the Biden Administration to push for Global Magnitsky Act sanctions against senior members of the Ethiopian and Eritrean governments. The T.C.I.C also calls upon President Biden to work with Congress to institute a safe zone in Tigray for civilians seeking safety and for the U.S. to work with the United Nations to stop the flow of weapons and drones being used to kill civilians in Tigray.

For all inquiries relating to this press release, please contact: