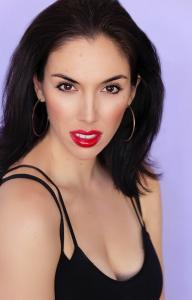 LOS ANGELES, CA, UNITED STATES, April 7, 2021 /EINPresswire.com/ — Dez Cleo, acclaimed pop rock music artist and actress has had an incredibly successful 2021, and we are still in just the first half of the year. At the beginning of the year, she released a cover to “Finally”, the 90’s hit dance song and signature song to CeCe Peniston. Now, Dez Cleo has recently accepted lead role of “Parker” in new independent film, “Call It Love”. The film shoots this month in Los Angeles.

“I am beyond excited to start working with this incredibly talented and innovative team,” states Dez Cleo. “It will be my first lead role in a film. The directors strong belief in me to embody the role of “Parker” has assured me to fearlessly give it my all, and to be ready for anything.”

“Call It Love” is an intimate character study of a lonely young woman who believes a match she made on a dating app is the saving grace to her isolated lifestyle. The story soon takes the form of a psychological thriller as she gets stood up by the woman she matched with, and her intense hunger for love eradicates any sense of reason she may have had.

“I am especially thrilled to be playing a part that supports the LGBTQ+ community. Playing the love interest for a woman who slowly psychologically unravels is by far the coolest job I’ve had all year,” continues Dez Cleo.

Dez Cleo’s role role in the film, Parker, is Vaughn’s date-to-be. She’s self-assured; knows very well who she is. She’s played the dating game many times over; and with experience, comes the understanding that finding “the one” just doesn’t come from a match on a dating app. She’s straightforward, doesn’t shy away from expressing sexual desire, and is unapologetic about sampling sexual partners. Vaughn doesn’t understand this about her prior to their date, and Parker has to bluntly lay it out for her when they eventually meet at Parker’s front doorstep.

The film is being produced by Northbird Films, a group of young, independent filmmakers and entertainment enthusiasts that are devoted to telling relevant, captivating, and boundary pushing stories through their own creative lenses. Producers Angela Wu, Kyle Harvey and Writer/Director Jack Creasy have teamed up with Cinematographer Wyatt Grennan, Associate Producer/AD Carmen Caruso and Marketing Professional Dillan Boada to produce this 15 minute short film to jump start a slate of short films.

Dez Cleo began her musical journey at 18 years old, after landing a job at Golds Gym in Venice beach. Her vocal talent was quickly discovered (in a rather unconventional way) as she kicked body builders out after midnight, while singing/improving loud and proud over the microphone. Her first live show in LA was opening for Sebastian Bach at a charity event at the Playboy Mansion. Performing across the country, solo and with a band, this girl has found a new kind of solace in the studio, recording her version of love and loss in her debut EP, “Bury Me Standing”.

Never a one-dimensional entertainer, Dez also acts and models. In 2011, she won the title “Miss Congeniality” at the “Miss California USA pageant”. Excited for the future, Dez Cleo is now creating live videos to connect with new fans, including new brands that partner with her on her social media.

Dez Cleo is a natural born actor from sunny San Diego, California. Her stage presence and dynamic personality are a unique brand of sex appeal, strength, and confidence. At a young age Dez was featured in many stage performances and on the silver screen. She has toured with bands and recorded songs for television commercials and movies soundtracks such as Fright Night 2 and Sequan Casino. While living in Los Angeles, Dez studies with Brian Reise, Arnold Chon, and at The Groundlings School of Improvisation.