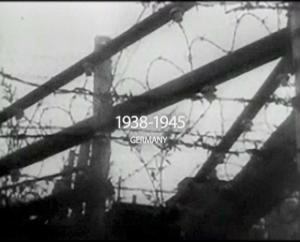 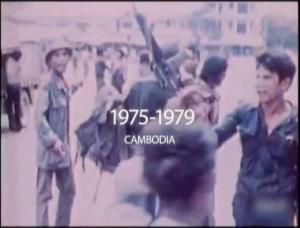 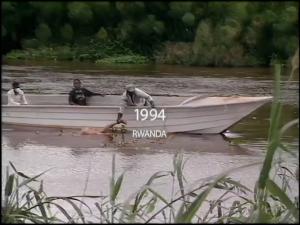 Nations ignoring the rule of law and the basic principles of a democratic society becomes another form of indifference that has been a strong contributing factor to these genocides.”
— Paul Jacob

WASHINGTON, DC, UNITED STATES, March 22, 2021 /EINPresswire.com/ — Today an international educational advertising campaign by Stop Fighting Start Voting (SFSV) was launched to highlight the historical genocides that have killed millions as well as those that continue today.

“Indifference to the plight of our fellow citizens around the world has led to genocide and the deaths of millions. Nations ignoring the rule of law and the basic principles of a democratic society becomes another form of indifference that has been a strong contributing factor to these genocides,” stated Paul Jacob, President of Citizens in Charge Foundation.

The 60 second film highlights some of the past genocides that have killed millions – Germany, Cambodia, Bosnia, Rwanda, Sri Lanka, and the current ongoing genocide in China against the Uighurs.

“Genocide continues today as we witness the inhumane treatment of millions of Uighurs in China. The international community must stand up and hold President Xi and China accountable,” continued Jacob.

Accountability can be achieved through modern direct democracy in the form of voting on initiatives and referendums. The ability to express your voice directly at the ballot box via direct democracy has historically moved indifference to hope and action which is critical to ending ongoing and future genocides as well as holding those accountable for their actions in previous atrocities. One solution is for the United Nations to support the new World Citizens’ Initiative (WCI) which would allow global citizens the ability to have an impact on the repression and unrest facing the world.

“The UN75 landmark report for a more democratic United Nations supports the WCI which will help set the agenda of the General Assembly,” stated Bruno Kaufmann, President of the Initiative and Referendum Institute Europe, one of more than 200 organizations and groups worldwide supporting the WCI. “It is time to put the Universal Declaration of Human Rights into law and practice for all and every citizen in the world,” continued Kaufmann.

“To combat crimes against humanity, humanity needs to have a voice. Citizens participation by means of direct democracy is a key way to reinforce democratic power,”  stated Yanina Welp, research fellow at the Albert Hirschman Centre on Democracy, Geneva.

“Only by ending the indifference and allowing for direct action through direct democracy will the people perpetuating these atrocities be held accountable and end the killing. It is time for global direct democracy. It is time for the United Nations to support the World Citizens’ Initiative so millions can be saved and accountability of those who perpetuate these evils can be achieved. It is time to end the indifference. It is time to Stop Fighting and Start Voting,” stated Dane Waters, Chairman of the Initiative and Referendum Institute.