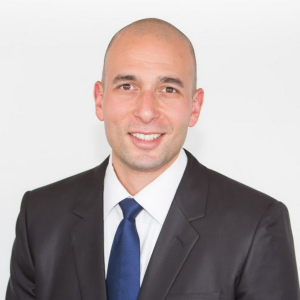 LOS ANGELES, CA, UNITED STATES, April 7, 2021 /EINPresswire.com/ — E-commerce giant Amazon has apologized to a US lawmaker after falsely denying that some of its drivers are forced at times to urinate in plastic bottles. The flap started last week with a tweet from Mark Pocan, a Democrat from Wisconsin.

Acclaimed litigation attorney, Zein E. Obagi Jr., had much to say on the matter and was quick to criticize this unethical employer practice. “The Ninth Circuit has found it inhumane for municipalities to criminalize natural conduct that our homeless population must undertake, such as urination, defecation and sleeping,” states Zein Obagi. “These are natural processes that human dignity requires us to permit all people to equally do. That an employer, let alone one of the most wealthy and technologically advanced in the world, has not come up with anything better than a plastic bottle for its drivers to use to urinate demonstrates a real abandonment of occupational safety principles.”

US lawmaker Mark Pocan also had much to say on this subject stating, “Paying workers $15/hr doesn’t make you a ‘progressive workplace’ when you union-bust & make workers urinate in water bottles,” Pocan tweeted, in an apparent reference to Amazon’s opposition to efforts to unionize a major facility in Alabama.

Amazon’s official account quickly responded, saying: “You don’t really believe the peeing in bottles thing, do you? If that were true, nobody would work for us.”

Zein Obagi concludes, “I can only imagine the lack of hygiene afforded to a driver that needs to move her bowels, or change a feminine product. Employees in California should know their complaints about unhealthy or unsafe practices at work by Cal. Lab. Code § 6310. As always, these complaints should be made in writing to a superior so the employer cannot deny that they were made.”

With more than a decade of experience as a licensed attorney serving Californians, Zein E. Obagi, Jr. carries a reputation as a game-changing fierce advocate. He fights for employees who have fallen victim to hostile employers and for individuals who have lost assets to dishonest business partners. With his combination of experience, passion and willingness to bring the full power of the law to bear for his clients, Zein has built a firm that delivers on its credo to each of its clients. After working for a variety of firms in Los Angeles, including one of the largest and most prestigious in the city, Zein founded what is now Obagi Law Group, P.C. in 2012. In the years since, Zein has built a team of diverse, energetic and highly skilled attorneys who specialize in righting the wrongs of discrimination, unlawful retaliation, wrongful termination and other abuses in the workplace, as well as protecting clients’ interests in the world of business in California. With Zein leading the way, the attorneys at Obagi Law Group treat each client as if he or she were the firm’s only client, delivering time and again and attaining awards at times in the millions of dollars.

While Zein makes social justice and fighting for the little guy hallmarks of his practice, he also lives by the same values he has woven into the fabric of Obagi Law Group. For instance, being raised with six sisters and married to a successful physician, Zein understands that men and women are equal in every way. He continues to advance this belief not only in his practice, but through his work with the Los Angeles County Bar Association (LACBA). In July 2020 the organization appointed Zein to the President’s Advisory Committee on Women in the Legal Profession. Among Zein’s other public-service endeavors are a trio of trips to the Katrina-ravaged Gulf Region to supply critical pro bono legal aid as part of the inaugural and two subsequent Legal Aid Alternative Breaks Projects; volunteer work with the Los Angeles 5 (LA5) Chapter of Rotary Club International, and two runs as a candidate for U.S. Congress in California’s 33rd District.

A graduate of UC Berkeley (BA, political science) and the University of Southern California, Gould School of Law (JD), Zein enjoys admission to practice law throughout the State of California; the U.S. District Court for the Central, Southern, Eastern and Northern Districts of California; the Ninth Circuit Courts of Appeals; and the Supreme Court of the United States. Zein also serves as Co-Chair of Programs with the LACBA Small Firm Section, and in 2020 was appointed to another LACBA committee, the Judicial Appointments Committee, which responds to requests by the Governor to evaluate individuals under consideration for appointment to the Superior Court of California bench.